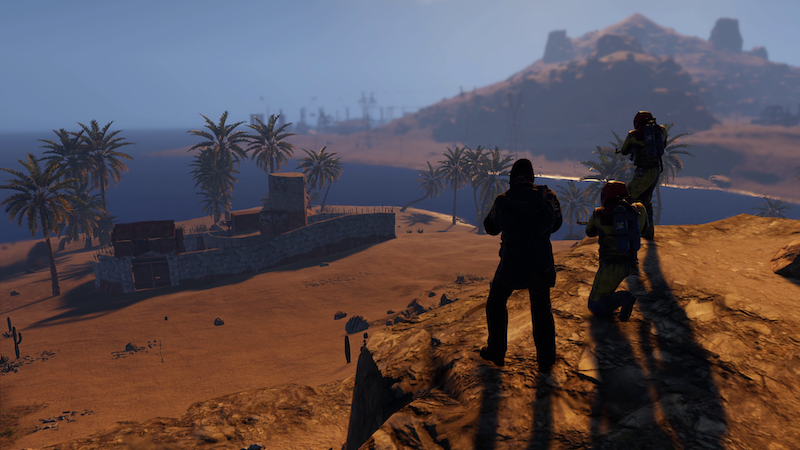 Survival title Rust officially coming to consoles in May

If you’ve been waiting to dig into famed PC survival game Rust as it makes the jump to consoles, you’re in luck. It’s been dated and is landing in May.

A game that’s been around for some time on the PC, Rust seems to never completely fall out of the news. So it should have come as no shock that it’d make the leap to consoles. Maybe the only surprise should have been that it took this long to make it.

Nevertheless, Rust is coming up, and sooner than you might’ve thought. The game will be hitting the Xbox One and PS4 with a May 21st release date.

Check out the latest trailer:

Now you know the release date, but do you know all the different versions of the game that’ll be out there? Physical editions of Rust will be exclusive to GameStop and Amazon, and tiers look a little something like this:

Jason's been knee deep in videogames since he was but a lad. Cutting his teeth on the pixely glory that was the Atari 2600, he's been hack'n'slashing and shoot'em'uping ever since. Mainly an FPS and action guy, Jason enjoys the occasional well crafted title from every genre.
@jason_tas
Previous Trailer: Demon Skin brings super-tough, side-scrolling action to the PC
Next Part 2 of Brutal Gamer Awards 2020: The Genre Bests