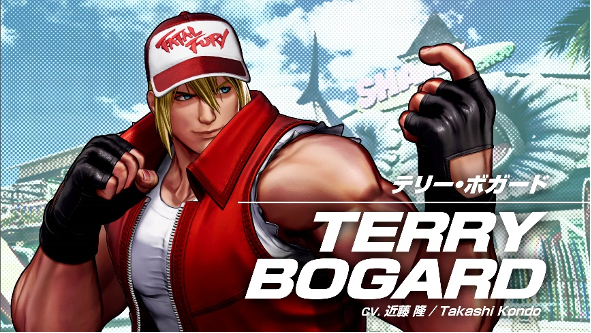 The boys of Fatal Fury are back once again for another King of Fighters tournament. Check out Terry, Andy, and Joe in a set of new trailers.

There’s only one King

King of Fighters 15 is barreling towards release this year, and is set to bring back the familiar 3-on-3 play style that the series has made its calling card. So far, we’ve seen a bit of the game in action, but SNK is now taking wraps off of a huge fan favorite team with Fatal Fury.

Longtime players of KoF will instantly recognize the squad. It’s vintage King of Fighters, with Terry and Andy Bogard, joining up with Joe Higashi to round out the roster.

Check out all three in action below.

After their adopted father and martial arts master Jeff Bogard was cruelly assassinated by crime lord Geese Howard, Terry and his brother Andy Bogard set off on a mission for revenge where they would travel the world learning various fighting styles. Terry’s bright personality and acts of kindness solidified him in the eyes of children on the streets as a sort of hero.

Andy set out for revenge after Geese Howard defeated his adopted father, Jeff Bogard, by learning Koppoken (a martial arts style that compliments Andy’s slender frame) and Shiranui-ryuu Ninjutsu. Andy follows a strict moral code and always shows respect regardless of his opponent. Currently, he is in a relationship with Mai Shiranui.

Traveling alone to Thailand, Joe rose the ranks to become a champion in Muay Thai Boxing. Though he has a playful and dynamic personality, Joe becomes far more serious when it comes down to training. He met Terry and Andy in South Town and has remained good friends ever since.

Jason's been knee deep in videogames since he was but a lad. Cutting his teeth on the pixely glory that was the Atari 2600, he's been hack'n'slashing and shoot'em'uping ever since. Mainly an FPS and action guy, Jason enjoys the occasional well crafted title from every genre.
@jason_tas
Previous Zack Snyder’s Justice League getting new Hot Toys figures
Next Star Wars, Muppets, and one awesome looking Hulk figure hit retail from DST