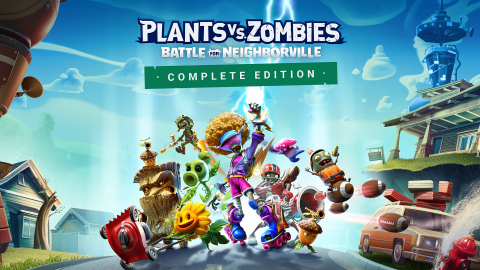 A pretty chunky week for Nintendo Switch gamers includes Plants vs Zombies, Overcooked!, Tales from the Borderlands, and lots more.

This is a pretty great week for Nintendo Switch gamers. I actually didn’t realize how great it is till I started this article, but it is. Sure there are no real blockbusters in it, but there are a bunch of headliners, and then the usual set of smaller launches. All in all, it’s a good one.

So what’s headlining? For starters, there’s Plants vs. Zombies: Battle for Neighborville Complete Edition. It’s been a while since we’ve seen PvZ in any form, and this newest launch gives Switch players the chance to dig into some of the fan-favorite game’s action.

Speaking of “fan-favorite” games appearing on Switch, Overcooked! All You Can Eat Edition arrives this week too, as does adventure game Tales from the Borderlands. Want more? Well as mentioned, there’s a ton of smaller releases too, which include titles like Darq, Vaporum, and more.

Scroll down to take a look at the list in full.

Jason's been knee deep in videogames since he was but a lad. Cutting his teeth on the pixely glory that was the Atari 2600, he's been hack'n'slashing and shoot'em'uping ever since. Mainly an FPS and action guy, Jason enjoys the occasional well crafted title from every genre.
@jason_tas
Previous Necromunda goes FPS with Focus Home’s Hired Gun
Next Insight Editions’ Spring Sale kicks off today