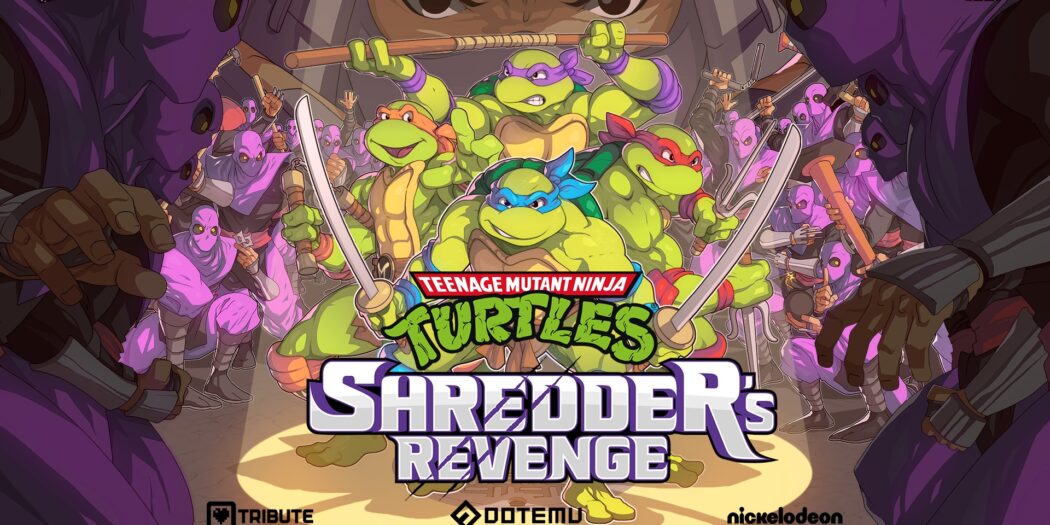 If you’re old enough to remember the Teenage Mutant Ninja Turtles-insanity that rode roughshod over pop-culture in the late 80s (and really the 90s as well), then you know all too well how awesome the arcade games were. TMNT and Turtles in Time were (and still are) legendary when it comes to side-scrolling beat ’em ups. And now it looks like we might be on the verge of a return to gaming-greatness for the IP.

The iconic 80s vision of the TMNT is back in a huge way, if you haven’t noticed. And thanks to Dotemu and Tribute Games, that return is being extended to the gaming realm with Teenage Mutant Ninja Turtles: Shredder’s Revenge.

Set to debut on PC and consoles, Shredder’s Revenge is looking every bit like the sequel to the classics that we never got.

With Bebop and Rocksteady amassing gizmos to support Krang and Shredder’s latest scheme, Teenage Mutant Ninja Turtles: Shredder’s Revenge finds the turtles battling through a breathless tour of iconic TMNT locations to thwart their nemeses’ most diabolical plan yet. Armed with shell-shocking new abilities built on a foundation of classic brawling mechanics, the gang are in for an exhilarating, Foot Clan-stomping romp leading them through the sewers and bustling boroughs of New York City all the way to Dimension X.

By the way, that TMNT theme in the trailer above isn’t the original. It is an all-new version, performed by Faith No More’s Mike Patton. Just of course, with a the heaviest of nods to that cartoon classic. And if you’re wondering if the gameplay will match the visuals, well probably don’t. Remember Dotemu is the company behind last year’s incredible Streets of Rage revival.

As for when Shredder’s Revenge might be landing on PCs and consoles though, we don’t know. A release date, as well as exactly what platforms can expect the game, hasn’t been revealed yet.

Jason's been knee deep in videogames since he was but a lad. Cutting his teeth on the pixely glory that was the Atari 2600, he's been hack'n'slashing and shoot'em'uping ever since. Mainly an FPS and action guy, Jason enjoys the occasional well crafted title from every genre.
@jason_tas
Previous DC Comics’ Infinite Frontier kicks off this June
Next Trailer: Lost Words: Beyond the Page coming to PC and consoles next month