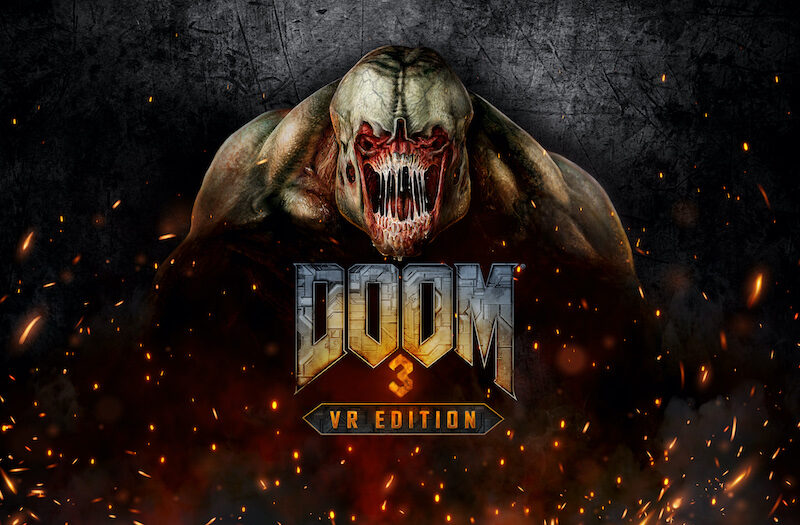 Home / News / Doom 3 returns in virtual reality for the PSVR

To some degree the most controversial Doom in the franchise, Doom 3’s take on the classic FPS is back, and it’s more in your face than ever.

Say what you want about Doom 3, but iD’s first major reinvention of the classic title most definitely had its moments. The game eschewed the fast, brutal action of the originals (and the Doom 2016 series) for more of a slow and creeping horror.

Gone were the masses of enemies and rooms full of fodder for you to waste, and in its place was a dark and dimly-lit crawl through the possessed UAC facility. Doom 3 and its expansions were wholly different experiences, and they still stand out among the games bearing the name.

And now, they’re back. Yes, “they’re”. Bethesda has announced today that Doom 3: VR Edition is coming for the PSVR, and it’s loaded for bear with the complete Doom 3 experience. Included will be the base game, as well as bot expansions – Resurrection of Evil and The Lost Missions.

Take a look at it in action:

Featuring both DOOM 3 and its expansions – Resurrection of Evil and The Lost Mission – DOOM 3: VR edition retools id Software’s horror-action classic for PSVR technology. Uncover the truth behind the UAC’s dark experiments, fight unholy creatures in terrifying environments and wield an arsenal of iconic weaponry with new textures, shaders and sound effects as you survive against the forces of Hell across over 15 hours of heart-stopping action.

As you can see there, this is purely Doom 3. Although there are enhancements for VR, this looks to be the full experience, and not some watered-down version a’la Doom VFR. It looks to be anyway, though actual descriptions of the gameplay doesn’t seem to be available. Those enhancements though, those we know all about.

Immerse yourself deeper in the terror thanks to all-new enhancements for virtual reality, including head tracking to peer around corners, angling shots with your flashlight-mounted weapons, 180-degree quick-turn functionality to catch sneaking demons in their tracks and a wrist-mounted display to track your health, armor and ammo. Combined with the original DOOM 3’s critically acclaimed action-horror gameplay, virtual reality fans are in for one Hell of an experience with DOOM 3: VR Edition.

So when can you play this monster, up close and personal? That might be the best part, as Doom 3: VR Edition is set for release on the PSVR on March 29th. Yep, the end of this month.

Jason's been knee deep in videogames since he was but a lad. Cutting his teeth on the pixely glory that was the Atari 2600, he's been hack'n'slashing and shoot'em'uping ever since. Mainly an FPS and action guy, Jason enjoys the occasional well crafted title from every genre.
@jason_tas
Previous The Infinity Stones return once again in Marvel’s Infinite Destinies
Next Trailer: Derelict Void builds cities… in space!