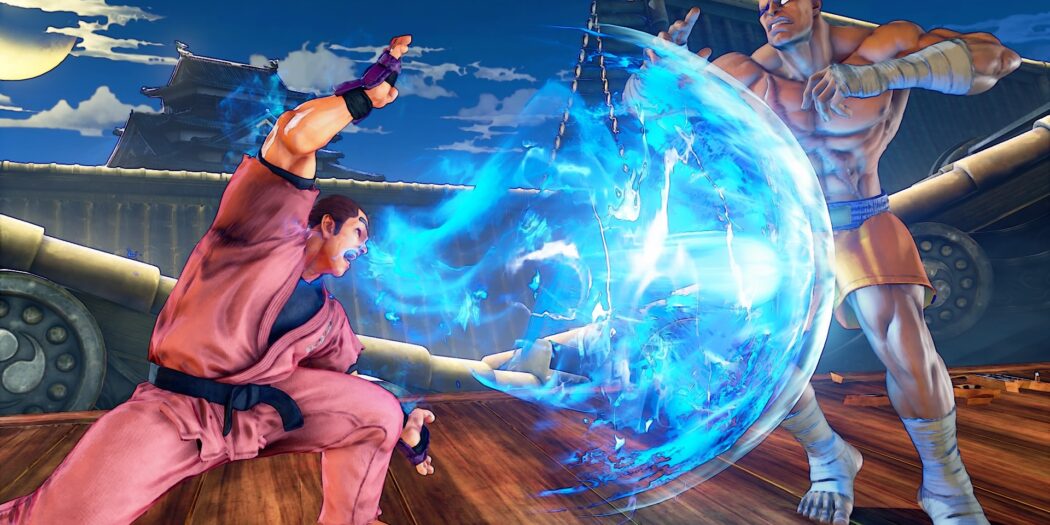 The greatest fighter of all time is back for Street Fighter V’s fifth anniversary. Or actually, that should probably read “worst” fighter. Maybe.

He’s back folks. Originally a joke character of sorts from Capcom’s Alpha series, Dan Hibiki has returned, this time in Street Fighter V. Dan is loaded up with all his taunts, and is ready to school any and all opposition according to Capcom. He’s also just a part of the season 5 fun too, as today also brings all all-new V-Shift option.

Unlike Dan, V-Shift is free to add to your game, and gives players new “defensive options and strategies”.

Costing just one bar of V-Gauge, when timed correctly, V-Shift allows players to execute a fully invincible backdash that slows down time for a short period, helping fighters better plan their counter attacks

And in addition to the V-Shift, also free today is a new stage called the Grid Alternative, “as well as an updated battle balance for all playable characters, adding even more gameplay depth and enhancements to the game’s combat system.”

Just the start of season 5

Want more Street Fighter V? Well, good, because there’s plenty more to season 5. Today’s Dan will cost you $5.99 USD to add onto your copy of the game, but he’s also included with both the season 5 pass and the Premium Pass, along with a selection of other new fighters and more.

Rose, Oro, Akira, and a mystery fifth combatant are all coming up as well. The new additions will be released one at a time, hitting for SFV from this coming summer through the fall of 2021.A monster 26 new costumes are coming as well, plus 2 more stages with Rose and Akira backdrops.

All together, the passes includes:

Jason's been knee deep in videogames since he was but a lad. Cutting his teeth on the pixely glory that was the Atari 2600, he's been hack'n'slashing and shoot'em'uping ever since. Mainly an FPS and action guy, Jason enjoys the occasional well crafted title from every genre.
@jason_tas
Previous Trailer: MotoGP 21 racing into stores this April
Next Far Cry comic to bring back classic series villains