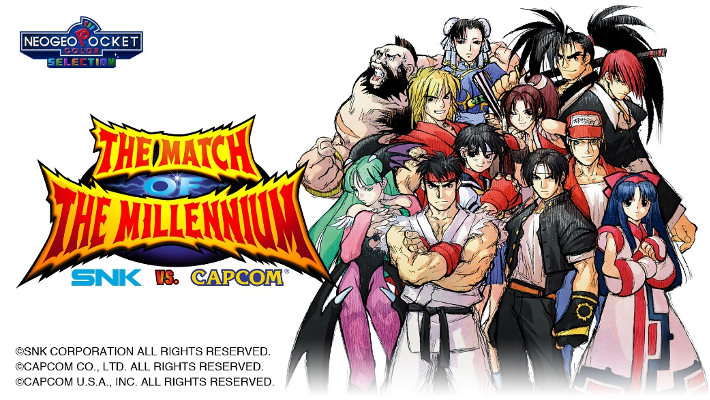 Home / News / Trailer: The NGP edition of SNK vs Capcom rings the bell on Switch

Trailer: The NGP edition of SNK vs Capcom rings the bell on Switch

The portable Match of the Millennium has arrived SNK has brought the Neo Geo Pocket version of SNK vs Capcom to Nintendo’s console.

SNK VS. CAPCOM: THE MATCH OF THE MILLENNIUM features 26 fearsome fighters from series like KOF, SAMURAI SHODOWN, STREET FIGHTER, and DARKSTALKERS. Players can choose between Single, Tag, and Team-based fighting modes as well as three different battle styles. In between bouts players can enjoy Survival, Time Attack, and Mini Games to collect points and unlock hidden characters. SNK VS CAPCOM: THE MATCH OF THE MILLENNIUM also takes advantage of the Nintendo Switch’s Tabletop and Handheld modes so friends can duke it out whenever and wherever they want.

SNK vs Capcom: The Match of the Millennium is out right now on Nintendo Switch.

Jason's been knee deep in videogames since he was but a lad. Cutting his teeth on the pixely glory that was the Atari 2600, he's been hack'n'slashing and shoot'em'uping ever since. Mainly an FPS and action guy, Jason enjoys the occasional well crafted title from every genre.
@jason_tas
Previous Predator makes Marvel debut later this year, gets slate of variant covers
Next Trailer: Curse of the Dead Gods arriving this month