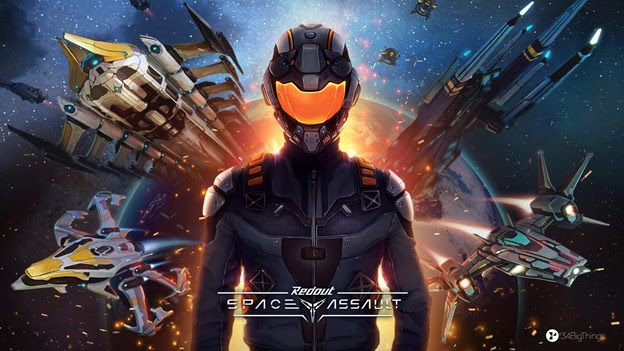 Futuristic racing game Redout is turning shooter with Redout: Space Assault. The new blaster will serve as a prequel to the original.

Take control of a Super Orbital Recon Fighter during the 2395 colonization of Mars. Shoot down Rebel drones and fighters, dodge enemy fire, and blast at breakneck speeds through exotic galactic locations. With fully customizable vehicles and weapon upgrades, you’ll have to outsmart, outmaneuver, overpower and outclass your opponents in the most exciting arcade space battle in the cosmos!

Redout: Space Assault is available on Apple Arcade, and launches today on the Xbox One, PS4, and PC.

Jason's been knee deep in videogames since he was but a lad. Cutting his teeth on the pixely glory that was the Atari 2600, he's been hack'n'slashing and shoot'em'uping ever since. Mainly an FPS and action guy, Jason enjoys the occasional well crafted title from every genre.
@jason_tas
Previous ABLAZE’s The Cimmerian continues its run in April
Next Marvel Comics bringing Heroes Reborn back this year