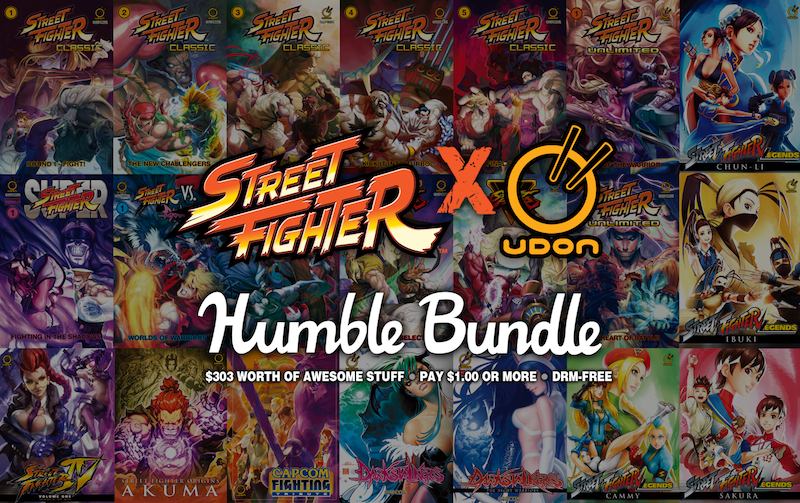 Udon teams up with Humble for huge Capcom comics bundle

It’s Humble Bundle time once again comics fans, as publisher Udon has teamed up with the platform for a monster bundle of Capcom comics.

If for some reason you don’t know, Udon is the official home of Capcom’s most popular properties when it comes to comics and art books. The group has produced plenty of both over the years, and generally does a terrific job.

If you’ve been napping on the comic book end of things though, your time has arrived. Udon has teamed with the charity bundlers over at Humble Bundle to deliver a heck of a deal. Of course, this being Humble, proceeds will go to a good cause and the files are DRM free to boot.

In all, the bundle includes:

Yep, that’s a lotta Capcom comics. As mentioned too, the proceeds from sales on the Humble deal go to a very good cause, especially now, called The Hero Initiative.

Proceeds from each purchase will benefit The Hero Initiative, which creates a financial safety net for comic creators who may need emergency medical aid, financial support for essentials of life, and an avenue back into paying work.

The sale is on right now, and will run through the 18th of this month. Oh, and the price? Well, you actually get to name your own. So how much you contribute to The Hero Initiative is up to you.

Jason's been knee deep in videogames since he was but a lad. Cutting his teeth on the pixely glory that was the Atari 2600, he's been hack'n'slashing and shoot'em'uping ever since. Mainly an FPS and action guy, Jason enjoys the occasional well crafted title from every genre.
@jason_tas
Previous Trailer: Codemasters shows off Dirt 5 running on PS5
Next Trailer: Go in-depth with Godfall in new video