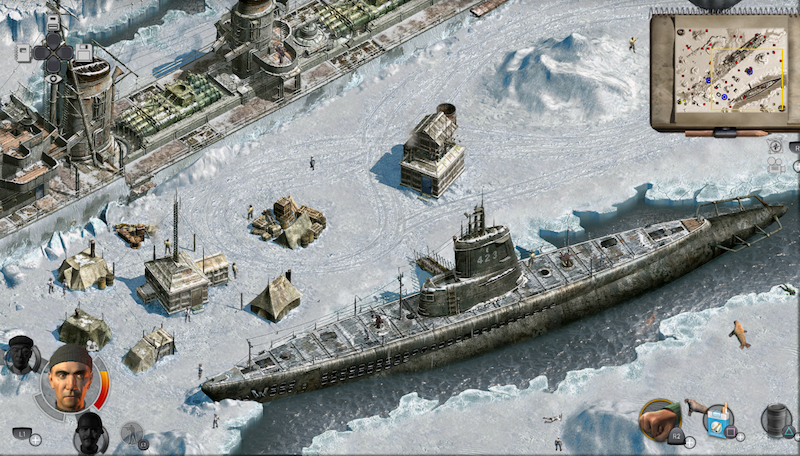 Dropping late last week was the double-pack of reborn strategic action titles from Kalypso. Commandos 2 and Praetorians are both out now.

Both PC gaming classics, Praetorians and Commandos 2 remain favorites of many gamers from the early 2k’s. Now both games are back in action once again, thanks to Kalypso.

Originally developed by the defunct Pyro Studios, the development of the remasters had been signed to Yippee! Entertainment, Raylight Games and Torus Games. The result is a reborn set of classics, with some modern improvements and fresh looks.

More than just a visual remaster, both games include a host of improvements over the original releases. Those include “evamped tutorials and campaign missions, controller support, as well as an integrated version of Praetorians – HD Remaster’s multiplayer mode.”

As mentioned, the games are available right now on the PS4, Xbox One, and the PC. Both titles are available as a set, or separately if you prefer. A Nintendo Switch edition of Commandos 2 is coming up as well, though it’s not quite ready for play just yet. Expect that this winter.

Jason's been knee deep in videogames since he was but a lad. Cutting his teeth on the pixely glory that was the Atari 2600, he's been hack'n'slashing and shoot'em'uping ever since. Mainly an FPS and action guy, Jason enjoys the occasional well crafted title from every genre.
@jason_tas
Previous Episode 3 of Cyberpunk 2077’s Night City Wire debuts
Next Microsoft acquires Zenimax, parent company of Bethesda