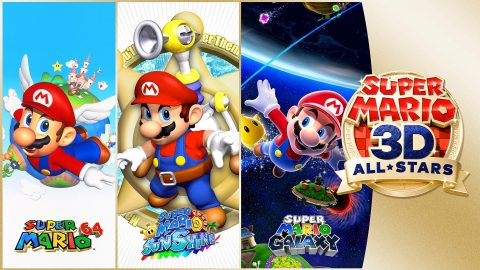 It’s a big week for Nintendo Switch gamers, as Super Mario 3D All-Stars arrives. But it’s not alone, as a solid lineup accompanies it.

A new Super Mario All-Stars? It’ been a long time since we’ve seen that. Fans will recall of course, that the original game to bear that name was a SNES title, and upgraded all of the NES Super Mario titles with 16bit graphics.

That’s not quite what we’re seeing with Super Mario 3D All-Stars, but honestly most fans will probably take it. Super Mario 64, Mario Sunshine, and Super Mario Galaxy are all included in the set, which definitely does get a visual bump for the Switch.

It’s just that it’s not quite the leap that 16bit had over 8. We’re talking higher resolutions and a performance bump mainly. Still, it’s tough to argue with how cool this pack is.

So what else is there? Well there’s WWE 2K Battlegrounds, the arcade-like, ‘more fighting game than grappler’ WWE title, as well as Castlestorm II, Unrailed!, Mini Motor Racing X, and a stable of others.

Jason's been knee deep in videogames since he was but a lad. Cutting his teeth on the pixely glory that was the Atari 2600, he's been hack'n'slashing and shoot'em'uping ever since. Mainly an FPS and action guy, Jason enjoys the occasional well crafted title from every genre.
@jason_tas
Previous Trailer: Call of Duty: Black Ops Cold War alpha coming tomorrow for PS4
Next NYCC 20: DST reveals exclusives of Rodan, Rocketeer, Venom and more