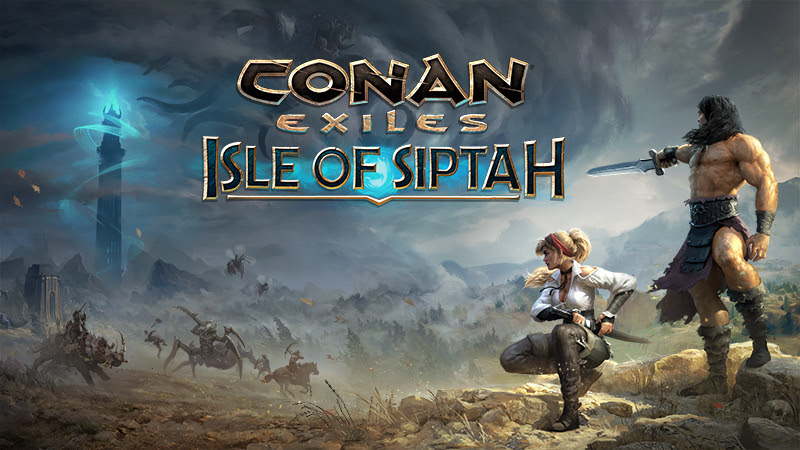 There’s a brand new land coming to Funcom’s Conan Exiles with Isle of Siptah. The expansion will bring a new map, dungeons, and more.

Set sail for the isle

Not that this is a vacation that Conan Exile players will be getting too comfortable on, but Isle of Siptah is looking great. The latest monster-sized expansion for the game, Isle of Siptah introduces an absolute pile of new content.

Gamers will be able to play out their Hyborean adventures in a new land, and of course that’s complete with all the trimmings. There are new foes to vanquish, as well as new dungeons to play through.

Maybe coolest too, is that you can start Siptah fresh, with a new character. So if you’ve gotten tired of your old hero, you can finally whip up a new one.

Conan Exiles: Isle of Siptah offers an even playing field for new and old players alike. Everyone gets to start fresh with a new character on the fabled Isle of Siptah, an island engulfed in magical storms and eldritch creatures, but also a place of beauty and opportunity. The island features more than a dozen new dungeons, known as vaults, surges of sorcery that spawn vile creatures and NPCs, and an ominous dark tower surrounded by a magical storm. Isle of Siptah is in fact a whole new way of experiencing the online survival game, where players now will be able to summon magical portals that forcibly pull NPCs from the Exiled Lands and into this new and mysterious place. Players will have to compete for these opportunities, creating bloody conflict and an all-new gameplay loop.

Isle of Siptah will arrive for the base Conan Exiles game in early 2021. When it does release, it’ll be out for all three platforms, so look for it on PC, PS4, and Xbox One.

If you’re playing on the PC though, you’ll be able to dig in well before that. Much like with the base game, Isle of Siptah will be hitting Early Access on Steam. Get ready for that on September 15th. Yep, next week.

Jason's been knee deep in videogames since he was but a lad. Cutting his teeth on the pixely glory that was the Atari 2600, he's been hack'n'slashing and shoot'em'uping ever since. Mainly an FPS and action guy, Jason enjoys the occasional well crafted title from every genre.
@jason_tas
Previous Trailer: Iron Harvest debuts campaign co-op and more
Next Solasta: Crown of the Magister gets free PAX demo