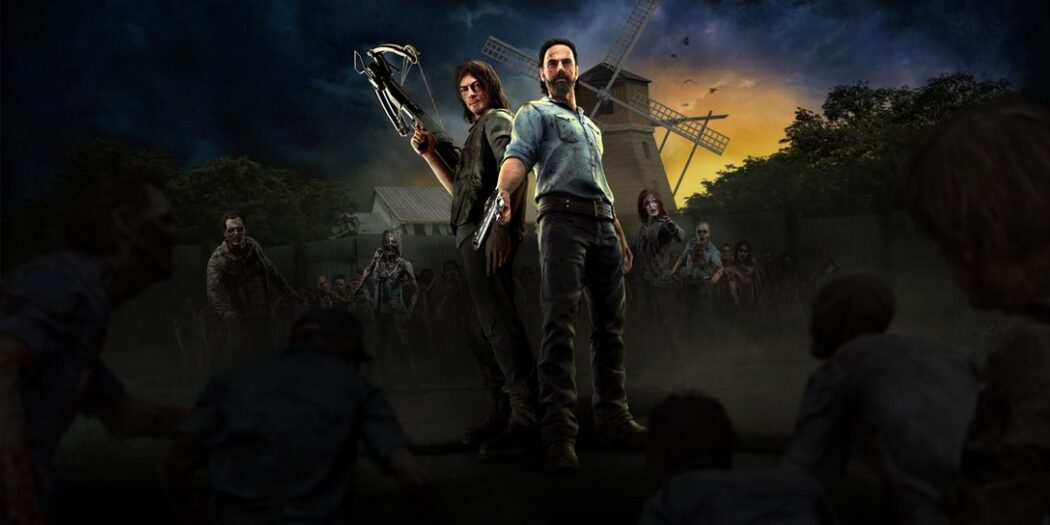 PS4 virtual reality headsets will be filled with the undead once again, as The Walking Dead Onslaught is set to bring it’s horde back this month.

Don’t confuse The Walking Dead Onslaught with Saints and Sinners, as it’s a brand new zombie-fighting experience. Fresh gameplay was shown off yesterday buy Survios, the developer behind the title, and it’s looking and sounding like it might be a very good time for fans.

Onslaught tasks gamers with rebuilding Alexandria, a hot spot of resurgent civilization in the TV show. Of course, that’s not all, as gamers will also be fighting plenty of Walkers. Just in case you don’t know, that the TWD version of zombies.

You’ll have quite an assortment too, as “melee weapons, shoguns, rifles, crossbows, and an assortment of iconic Walking Dead firearms” will all be unlockable. Your arsenal all depends on missions that you complete, with new hardware becoming available as you play.

Check it out in action below.

Ready to dive back into the rotting world to TWD? Well you’re in luck, since the game is coming up fast, and will arrive for eta PSVR on September 29th.

If you’re keen to pre-order, that’s something that you can do right now of course. Both standard and deluxe editions of the game will be available digitally, with a physical version out there in the wild as well.

And yes, there is a reason to pre-order, as those who do will get Sheriff Rick and Hunter Daryl skins, plus the Golden Katana and Golden Knuckle Knife weapon-skins.

Jason's been knee deep in videogames since he was but a lad. Cutting his teeth on the pixely glory that was the Atari 2600, he's been hack'n'slashing and shoot'em'uping ever since. Mainly an FPS and action guy, Jason enjoys the occasional well crafted title from every genre.
@jason_tas
Previous Trailer: Bartlow’s Dread Machine bringing mechanical mayhem this month
Next Trailer: Postal: Brain Damaged goes back to the 90s