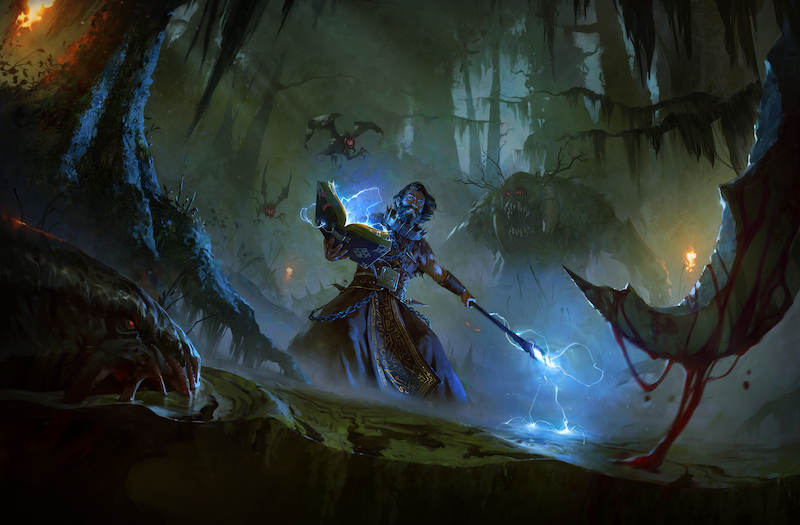 Remember Hexen, the gothic fantasy FPS from the 90s? Graven isn’t a sequel, but is a spiritual successor to it that fans will want to check out.

Take up your spell book

Yet another 90s FPS staple that’s all but vanished, Hexen and its sequel were pretty darn popular. The shooters enjoyed solid fan support on their native PC, and also with a set of ports to consoles like the N64 and PSOne.

Now none other than 3D Realms has announced that the fantasy FPS will be coming back. And though it won’t be a sequel to the classic series mentioned above, Graven looks to be pretty close.

“GRAVEN began as a game we had often dreamed of,” said Frederik Schreiber, vice president of 3D Realms and Game Director on Graven. “‘What would a spiritual successor to a Dark Fantasy series such as Hexen, have looked like if it was made in 1998 in the original Unreal engine?’ We think the answer is GRAVEN. We hope you do too.”

Revealed at Realms Deep 2020, GRAVEN delves into a gruesome medieval world of deities and monstrosities as a disgraced Priest of the Orthogonal Order. When a heretical member of the Order sacrifices the Priest’s adoptive daughter, the Priest lethally retaliates in a bout of righteous fury. Tried and found guilty by his brothers and now exiled to the burning sands, he closes his eyes for one last prayer, for peace. The Creator speaks to him directly: “You will have to earn your peace.”

Expect to see Graven arrive for current and next generation consoles, as well as the PC, some time in 2021.

Jason's been knee deep in videogames since he was but a lad. Cutting his teeth on the pixely glory that was the Atari 2600, he's been hack'n'slashing and shoot'em'uping ever since. Mainly an FPS and action guy, Jason enjoys the occasional well crafted title from every genre.
@jason_tas
Previous PGA Tour 2K21 (PC) Review
Next Trailer: Take a bite out of dino-survival game Goner