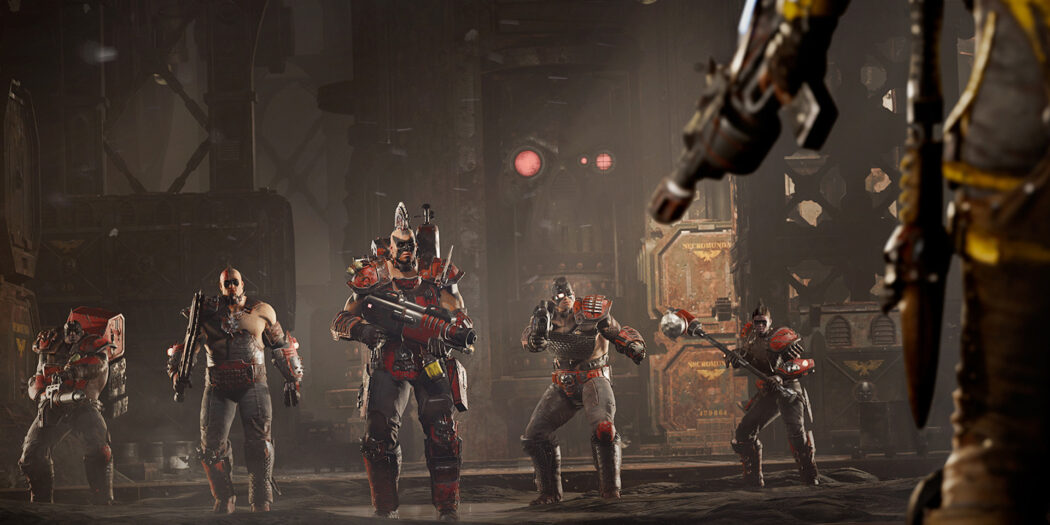 Home / News / Take a look at the gameplay of Necromunda: Underhive Wars in new trailer

Take a look at the gameplay of Necromunda: Underhive Wars in new trailer

The seedy underbelly of the Warhammer 40K universe is about to get its own game, thanks to Focus Home. This is Necromunda: Underhive Wars.

A somewhat lesser known corner of Warhammer 40K’s far future, Necromunda actually might be one of the coolest elements of Games Workshop’s universe. Unlike the all-out warfare of other GW tabletops, Necromunda is all about gang battles. And it’s also got a much more cyberpunk vibe to it.

Rogue Factor is developing a video game based on the property for Focus Home right now. A third-person, tactical RPG, it’s looking like it might be a winner.

You can get a detailed look at the gameplay via the trailer below.

Deep below the hive cities of Necromunda, build, customize and lead your gang in the twisted tunnels of the dystopian Underhive. Each fighter is a unique character, with a combination of traits, perks, careers, House, gear, skills, virtues and vices.

Combine fighters of different careers in interesting ways to best your enemies — bring your heavies to higher ground with Necromunda’s signature verticality and freedom of movement, then sabotage the ziplines so your enemies can’t follow. Control enemy movement with overlapping overwatch zones, then hit them where it hurts with brawling melee fighters. Bring it all to bear in three unique game modes — the story campaign, operations, and multi/single-player skirmishes.

Necromunda: Underhive Wars will be heading to PC, as well as PS4 and Xbox One. The game is set to debut on September 8th, and is available for pre-order now.

Jason's been knee deep in videogames since he was but a lad. Cutting his teeth on the pixely glory that was the Atari 2600, he's been hack'n'slashing and shoot'em'uping ever since. Mainly an FPS and action guy, Jason enjoys the occasional well crafted title from every genre.
@jason_tas
Previous Nintendo Download: Emerge From the Shadows Into the Light
Next Story trailer arrives for steampunk-y, mech-battling’ RTS Iron Harvest