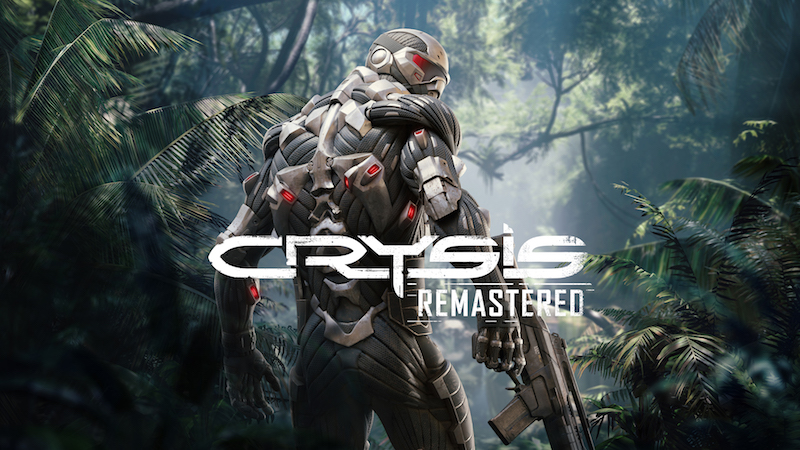 But can it play Crysis

Yes. Yes, the Switch can play Crysis. And that, by the way, is no small feat. Launching on the PC exclusively back in 2007, Crysis has been an interesting series to watch.

The original game was all but unplayable for the vast majority of PC gamers, thanks to its steep system requirements. It was kind of a showpiece for those who had higher-end rigs though, as was the spinoff, Warhead. That was remedied for the console port and two sequels however.

Since Crysis 3 back in 2013 the series has been in a kind of holding pattern, with no talk of a new installment. That did not mean that a remaster wasn’t in the cards. Crytek tapped Saber Interactive as a partner for Crysis Remastered, and the Switch is seeing its first release.

So how’d it turn out? Well, in the case of the this particular version, pretty darn good.

The way that Crysis is structured, there are going to be spoilers here. There just are. The story isn’t all that much without spoiling some of it though, so it’s not all that big of a deal. And if you don’t know the story of Crysis by now anyway, well I don’t know what to say.

In any event, Crysis finds a highly trained force of military operatives HALO jumping onto an island for a rescue mission. A message had been intercepted by the US. Something funny is going on, and the North Korean army has grabbed an important scientist as a hostage.

Heading into a possible war zone, the team is armed with not only an array of deadly hardware, but high-tech nanosuits. These suits can augment the wearer considerably, granting strength, speed, toughness, and more. Each special power can only be activated one at a time however, which adds in a little strategic element to the gameplay.

Anyway, once they’re there, Prophet, Psycho, Nomad (the player) and the rest of Raptor Team find that not everything is as it seems. Well, Prophet kind of knew that already, but that’s neither here nor there.

The team finds early on that a sleeping race of aliens, who arrived on Earth some time in the distant past, has awakened. They’ve been in stasis for centuries, and are now coming back to life. That’s not good.

Set against an alien invasion and up against the North Korean military, the bulk of the game sets players loose in a sandbox of action. That’s right, this is basically an open-world FPS. And it’s one that allows for a considerable amount of ways to approach its missions and secondary objectives.

Playing mostly like lots of other first-person shooters, Crysis’ gunplay won’t set your world on fire. Actually if anything it’s kind of ‘middle of the road’. That’s not to say that there aren’t some exciting moments, just that the shooting is average, and we’ve seen drivable vehicles in tons of games.

What really sets Crysis apart though, is the suit. Being able to call on super-powers is awesome, especially the cloak, which allows you to go “Predator”. These abilities can make a huge difference in combat, keeping you alive in hairy situations. You won’t have too long to use any of these abilities though, so just keep that in mind. But while your energy holds, they’re all cool and add a great dimension to the gameplay.

They are incredibly easy to use as well. Each one is tied to a single button press. Hit the shoulder buttons for maximum armor or cloak, press the left thumb-stick for speed. Simple.

While the guns weren’t the most exciting things in the world, there’s nothing particularly wrong with them either. And of course they are your means of dispatching the game’s enemies. Much like the suit powers too, they’re easy to manage. Your hardware is all tied to a weapon-wheel kinda thing, and can be swapped at will. They can even be altered with attachments, which is pretty cool.

Oh, and Crysis Remastered has gyroscopic aiming as well. Which, if you’re anything like me, you’ll immediately turn ‘off’.

Flatly, the game looks really good, with one caveat. Remember that this is Crysis Remastered, not Crysis ‘remade’. It’s not gong to look 100% modern. Instead, what you get here is a bumped-up version of Crysis’ console release. Still, there are some new tricks to this old dog.

The game sports enhanced lighting effects, destructible environments, depth of field, and motion blurring effects. So there’s a lot happening here to make it look better than the first-run edition.

You get the feeling that the Switch is working hard for this one, and it shows. The graphics are terrific for the most part, though still do show some age from time to time. Fortunately, that doesn’t really affect the fun factor.

Audio is solid overall too. While you won’t find a super-catchy theme song here, the tunes are overall just fine. I also liked the the voice work a lot, especially in the case of the suit itself, which immediately brought back memories of Crysis 2, which I played to death.

If you’re looking for a sold FPS on the Switch, Crysis is one to keep in mind. The game has a ton going for it, aside from being a legit genre-classic, and it looks and plays great in its Remastered form.

It’s definitely not perfect, but especially in portable mode, Crysis Remastered is impressive. I mean, it’s Crysis… on essentially a handheld. Crazy.

Crysis Remastered bumps up the look of the classic PC shooter nicely. While it does show its age from time to time, it's still a good looking FPS, with a few new elements thrown in. Add to that some decent gunplay, the fun to use suit powers, and a cool open-worldish playground, and you have a shooter worth playing.

Jason's been knee deep in videogames since he was but a lad. Cutting his teeth on the pixely glory that was the Atari 2600, he's been hack'n'slashing and shoot'em'uping ever since. Mainly an FPS and action guy, Jason enjoys the occasional well crafted title from every genre.
@jason_tas
Previous Super-limited, autographed Spawn figure coming to Walmart
Next Horizon Zero Dawn comic hits racks today