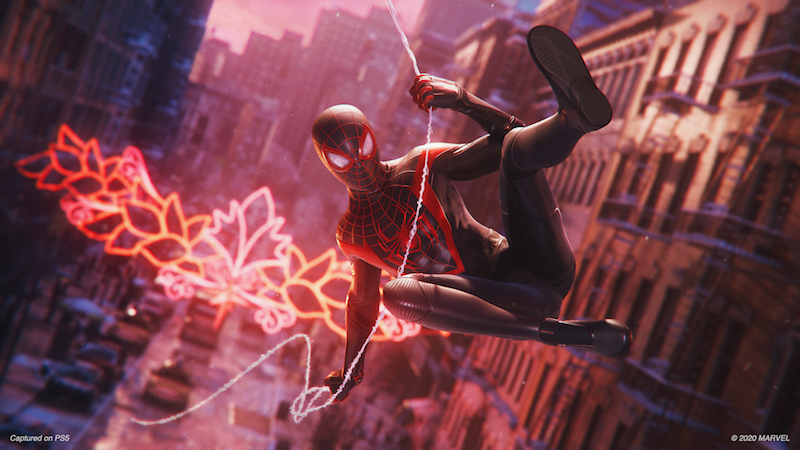 Miles’ version of Spider-Man headlines a new adventure in the first game’s universe on PS5. Have a look at the first footage from last night’s showcase.

Yesterday’s PS5 showcase showed off the console, as well as a bunch of games that are on the way for it. Some of those will be hitting this year too, like Marvel’s Spider-Man: Miles Morales.

Sony was a little overly mysterious about this one at first, leading some to think that this was basically going to be ‘ Marvel’s Spider-Man 2’. That however, is not the case.

Miles Morales is instead a sort-of expansion for the original PS4 title, which will be appearing on PS5 as well. Still, even as a side-story, it’s pretty cool, and there’s no denying how great it looks.

Now, unfortunately, that’s it. There’s no real detail on what Miles Morales’ first adventure will include in terms of story, how much play time it’ll include, or who the villains will be. We also don’t know what kind of price point we’ll be looking at, or if it’ll be available separately or as a part of a Spider-Man port. Quite a few questions left floating around.

With a “Holiday 2020” tag, we should be learning much more before too long though.

Jason's been knee deep in videogames since he was but a lad. Cutting his teeth on the pixely glory that was the Atari 2600, he's been hack'n'slashing and shoot'em'uping ever since. Mainly an FPS and action guy, Jason enjoys the occasional well crafted title from every genre.
@jason_tas
Previous Tony Stark to step back into the Iron Man armor this fall
Next Superman 1978 joins the One:12 Collective