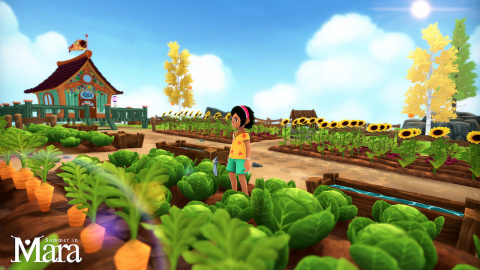 After a quite spot last week the Nintendo Download returns with a new selection of titles, including possible sleeper in Project Warlock.

Now, the spotlighted game this week is technically Summer in Mara. It. looks like a laid back little game that seems similar to Animal Crossing. It promises secrets to discover and a “strong narrative”. So if you’re looking for that kind of thing, it sounds like it could scratch the itch.

I think the better pick of the week though, is Project Warlock. An indie FPS that’s been on the PC for a while, Project Warlock hits the Switch with a cool hand-drawn/retro-game look. Check out the PC version’s trailer below…

Even with Warlock and Summer of Mara, there’s really no ‘must play’ this week. Not to say there isn’t a lot to stuff arriving, but nothing is really much of a standout.

Scroll down to check out the full list of what’s hitting.

Jason's been knee deep in videogames since he was but a lad. Cutting his teeth on the pixely glory that was the Atari 2600, he's been hack'n'slashing and shoot'em'uping ever since. Mainly an FPS and action guy, Jason enjoys the occasional well crafted title from every genre.
@jason_tas
Previous DST reveals SDCC exclusives, with Godzilla, Tron, Predator and more
Next Death Stranding’s PC tech specs revealed