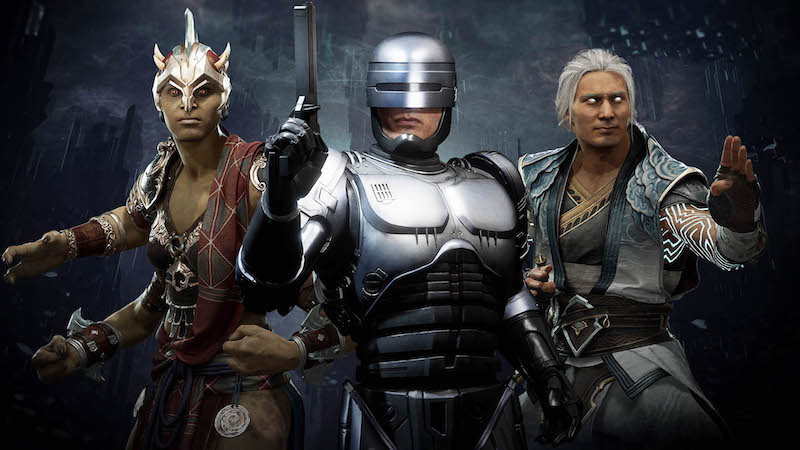 With the expansion almost here for all versions of NetherRealm’s MK11, a fresh trailer has emerged. This one’s got more story, and loud music.

He’s back. Shang Tsung has taken center stage once again in Mortal Kombat. The Aftermath brings MK’s iconic sorcerer back to prominence, alongside a heroic Liu Kang, Raiden, and the rest of the krew.

Picking up after the close of MK11’s main story, Aftermath finds a new timeline being forged by the heroes. And if you guessed that that’s something Tsung might be down with, well you get the gold star.

As you can also see there, there’s plenty of new content other than the storyline. Aftermath also offers up a trio of new fighters in Sheeva, Fujin, and new crossover character RoboCop.

They’ll be able to compete in some all new stages too, including Dead Pool, Soul Chamber, RetroKade, and Kronika’s Keep. They’re not just for show either. Some of those backdrops are set to bring back some fan-favorite fatalities that make use of their gimmicks. And then on top of all of that, Friendships have returned as well.

While some of the above will be arriving in a free update for the core game, the campaign and added characters are purely in the paid DLC. So if you want those, you’ll need to buy-in.

All of it arrives next week, on May 26th.

Jason's been knee deep in videogames since he was but a lad. Cutting his teeth on the pixely glory that was the Atari 2600, he's been hack'n'slashing and shoot'em'uping ever since. Mainly an FPS and action guy, Jason enjoys the occasional well crafted title from every genre.
@jason_tas
Previous Journey to the Savage Planet out now on Switch eShop, physical next month
Next Amazon Games’ free-to-play Crucible arrives today