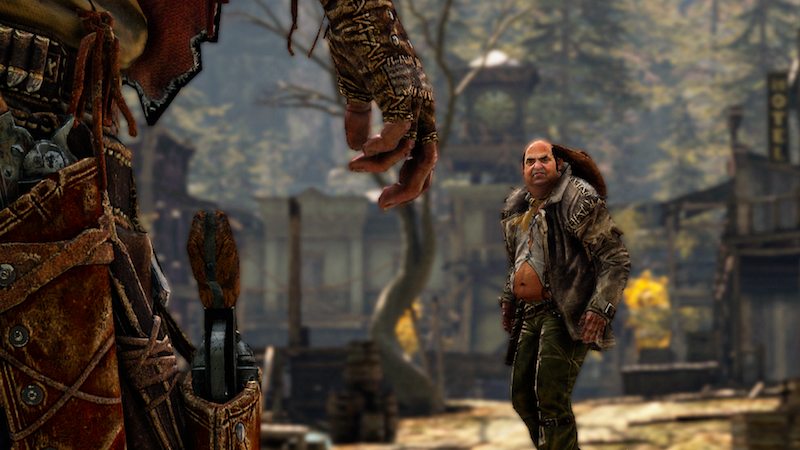 Home / News / Call of Juarez Gunslinger draws down on Switch

Call of Juarez Gunslinger draws down on Switch

Return to the old west in last-gen’s Call of Juarez Gunslinger today, as the game has hit the Nintendo Switch in enhanced form.

Call of Juarez is an interesting series. A set of FPS’, Juarez has had some hits and a few misses. Thing is, when it hit the target, it really hit it, and Gunslinger was one of those.

Well regarded by just about any FPS fan, the game originally launched on the PS3 and Xbox 360 in 2013. It cast players as a bounty hunter who took on the talk of tracking some of the wild west’s greatest outlaws. The new version obviously keeps all of that, but builds on it with some Switch upgrades.

Check out the trailer:

In addition to the bumps in features, Gunslinger on the Switch also gives you three modes of play. You an take on the story, but also set your sights on duels only, or an arcade version of the main game. Not too shabby.

Ready to strap on the old six guns? Then you’ll be happy to know that Call of Juarez Gunslinger is available right now on the Switch’s eShop and in stores. It’ll run you $19.99 USD, both physically and digitally.

Strangely enough, there are two publishers, a different one depending on the version. The digital edition lands courtesy of Square Enix, while the physical box will be on store shelves thanks to Techland. Nothing too serious, just kind of a little oddity there.

Jason's been knee deep in videogames since he was but a lad. Cutting his teeth on the pixely glory that was the Atari 2600, he's been hack'n'slashing and shoot'em'uping ever since. Mainly an FPS and action guy, Jason enjoys the occasional well crafted title from every genre.
@jason_tas
Previous Resident Evil 3 Remake is real, coming spring 2020
Next Nintendo Download: Slay Creatures and Defy Your Teachers