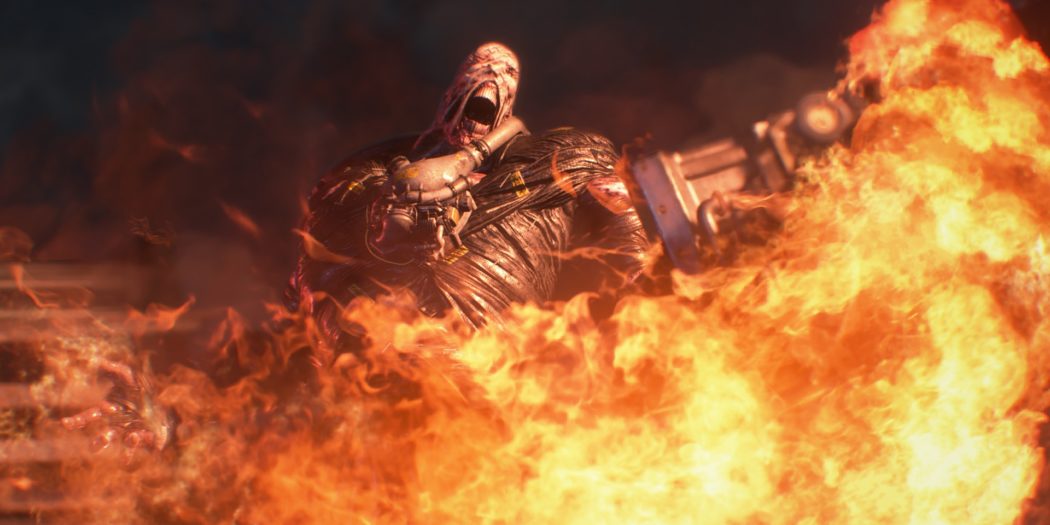 STARSsssss… Yes, the Nemesis is back to haunt your dreams in a remake of Resident Evil 3, coming to consoles and the PC early next year.

Fresh off of the fantastic reimagining of Resident Evil 2 comes the redux of the third game in the classic horror series. Capcom might’ve been talking up Resistance, but that’s actually just the online component of the main event.

Much like with RE2, RE3 seems like a totally new game that retells the story of the original. If that’s the case, then you might be able to expect a few surprises as well, in the way of new scenes and interactions.

As you’ll see in a second, it looks terrific.

Resident Evil 3 is set amidst the nightmarish outbreak of the T-virus, a biological weapon developed by the pharmaceutical company Umbrella Corporation. The game marks the debut of Nemesis – a towering humanoid bioweapon designed for both brutality and high-functioning intelligence – whose dogged hunt of S.T.A.R.S. member Jill Valentine made him an icon of the Resident Evil™ series. Armed with an arsenal of high-powered weaponry and wrapped in a black suit to hide his mutilated features, Nemesis will maim, pulverize or destroy any obstacle on the path to his target.

Jill’s harrowing escape takes place in the panic-stricken hours leading up to and following the events of the acclaimed best-selling Resident Evil 2. Intense combat and puzzle solving combine to deliver the heart-pounding final chapter of Raccoon City’s collapse. The horrific settings from the original game and new content come to life as never before with RE Engine, previously utilized to create the acclaimed Resident Evil™ 7 biohazard, Resident Evil 2 and Devil May Cry™ 5 with high-definition graphics and modernized gameplay mechanics.

RE3, Resistance, and a CE too

Again too, you’ll get Resistance built right in. That, if you don’t recall, is a 4 on 1 survival game. As a ‘survivor’ you can play as several “key” RE characters, like, Sherry Birkin. Playing as the Mastermind though, you’ll deal enemies out from a deck of cards, and also be able to step into the clawed feet of monsters to attack directly.

As a standalone experience, I wasn’t too enthused with Resistance. I didn’t see much of a fan response either for that matter. But as a part of RE3… well that kind of changes everything.

Also changing things up is a collector’s edition that looks like it might hit the spot for series fans. The CE will include :

Plus, if you pre-order the game now, you’ll get the “classic costume pack”. That comes complete with Jill’s original RE3 costume, as well as the original hairstyle for Carlos.

Jason's been knee deep in videogames since he was but a lad. Cutting his teeth on the pixely glory that was the Atari 2600, he's been hack'n'slashing and shoot'em'uping ever since. Mainly an FPS and action guy, Jason enjoys the occasional well crafted title from every genre.
@jason_tas
Previous Bandai Namco details Tekken 7 Season 3 DLC
Next Call of Juarez Gunslinger draws down on Switch