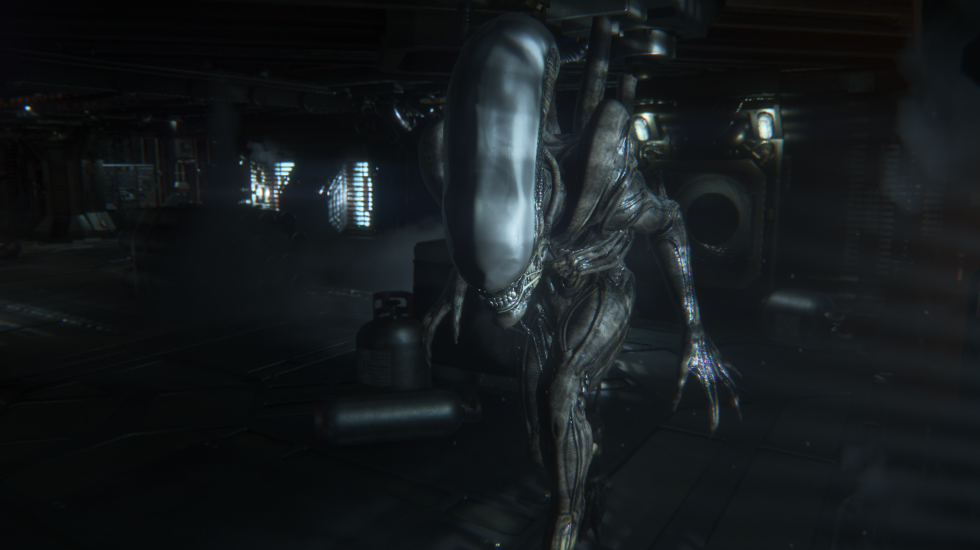 Run the opposite way anytime this guy shows up for the party.
Home / News / Alien Isolation creeping onto Switch this year

The game that brought Alien back to video game prominence, if it was actually there at any time before, Alien Isolation is coming to the Switch.

When you think about it, Alien is a strange franchise. As far as the movies go, the first two are widely considered some of the best sci-fi/horror films of all time. And sequel Aliens is also a fantastic action flick.

The rest though, are mediocre to… not great. Even spinoffs like Prometheus and the Alien vs Predator movies have failed in large part with fans. As goes the world of video games, it’s even worse.

Has Alien ever really had a good video game adaptation of any kind? I guess the 16bit sites were kind of fun. And the 3DS game, although something of an acquired taste, was cool. That’s about it though, until the dawn of Alien Isolation.

Isolation gave players a true representation of the original film’s brand of terror, but with a totally new story. Gamers played as hero Ripley’s daughter, in a tale that found them unarmed and trapped on a space station, with a single xenomorph hunting them.

And now that very same title is making its way to the Nintendo Switch thanks to developer Feral Interactive.

As you can see, this new version of Isolation includes all the previously released DLC. So much like Feral’s version of Shadow of the Tomb Raider, this is pretty much a ‘definitive edition’. If you haven’t played it before, and you have a Switch, you might want to keep an eye out for it.

Unfortunately, there’s still no street date for the game. That’s despite there only being a month and a half left in the year and Isolation having a ‘2019’ release attached.

Stay tuned I guess? I’m sure we’ll be hearing something sooner than later.

Jason's been knee deep in videogames since he was but a lad. Cutting his teeth on the pixely glory that was the Atari 2600, he's been hack'n'slashing and shoot'em'uping ever since. Mainly an FPS and action guy, Jason enjoys the occasional well crafted title from every genre.
@jason_tas
Previous Outbuddies (PC) Review Out of Mind, But Into Sight
Next Alternative Rock Band Beware Of Darkness: Interview with Kyle Nicolaides