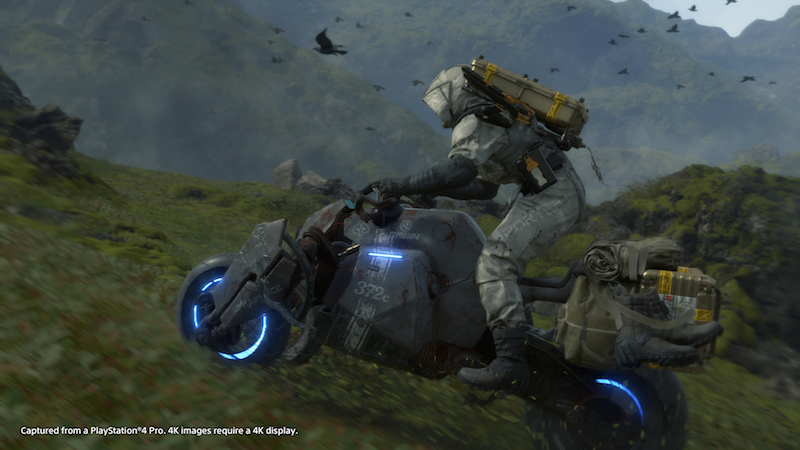 Hideo Kojima’s Death Stranding has arrived, but not for PC. But no worries, a computer version is coming, though not till summer 2020.

Stranding… for a while anyway

Death Stranding, as someone looking in from outside, seems like the kind of experience that’s tough to describe. It’s mysterious, a little weird, and stars The Walking Dead’s Norman Reedus.

Developed by Kojima Productions, Death Stranding is one of the most anticipated projects of the decade. Starring Norman Reedus (The Walking Dead) as Sam Bridges, the game takes place in the near future, where mysterious explosions have rocked the planet, setting off a series of supernatural events known as the Death Stranding. With spectral creatures plaguing the landscape, and the planet on the verge of a mass extinction, it’s up to Sam to journey across the ravaged wasteland to save mankind from impending annihilation.

Aside from Reedus, actors Mads Mikkelsen and Léa Seydoux also play parts in the narrative. Then there’s Guillermo Del Toro, who’s in it too, and there are even guest appearances from both Conan O’Brian and Geoff Keighley.

Death Stranding is out on the PS4 this week, but a possible PC version was still kind of up in the air. Well, no longer, as we’ve got confirmation on the PC launch, as well as which software storefronts you’ll be able to buy it on.

Death Stranding, which’ll be published by 505 Games, will hit the PC this coming summer. The best part? You’ll be able to get it on both Steam and the Epic Games Store.

Unlike some recent releases, DS will indeed hit both simultaneously.

Jason's been knee deep in videogames since he was but a lad. Cutting his teeth on the pixely glory that was the Atari 2600, he's been hack'n'slashing and shoot'em'uping ever since. Mainly an FPS and action guy, Jason enjoys the occasional well crafted title from every genre.
@jason_tas
Previous Check out Rune II’s co-op play in the latest trailer
Next Heads up, new content drop arrives for Modern Warfare

A spiritual successor to the Dead Space series, PLAION and Skybound Games’ The Callisto Protocol …