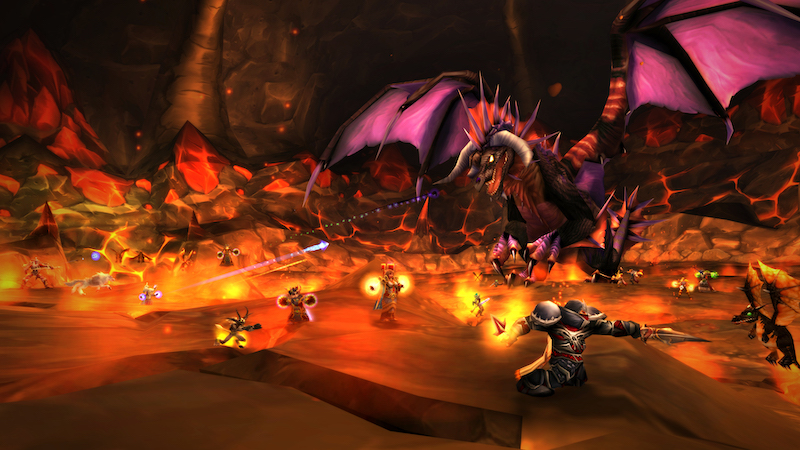 Home / News / World of Warcraft gets back to its roots today

World of Warcraft gets back to its roots today

Never say never. Blizzard’s long (long) running MMO World of Warcraft is going back to its original form as of today in WoW Classic.

World of Warcraft originally launched on the PC back in 2004. Since then, it’s seen a huge number of updates and changes, some of which have seriously altered the game that it once was.

Apparently there were a large number of players, not all that long ago, that yearned for that original WoW. I say “apparently” since I’m really not a fan, and can’t say I follow the game. Still, it was pretty much everywhere online so certain commentary from Blizzard was hard to miss.

And even with that commentary being what it was, here we are today, and World of Warcraft Classic has arrived.

“It’s been a long time coming, but we’re overjoyed to welcome our friends new and old to classic Azeroth,” said J. Allen Brack, president of Blizzard Entertainment. “The community’s excitement is infectious and deeply motivating—it’s clear they’re as thrilled as we are to relive the World of Warcraft Classic experience. We look forward to rediscovering its wonders and challenges together with them, starting today.”

Grizzled veterans and hardy newcomers alike can now experience Azeroth as it was in its earliest days with World of Warcraft® Classic, which is live starting today and included at no additional cost as part of everyone’s WoW®subscription globally. World of Warcraft Classic has been a labor of love for Blizzard, and the result is an authentic re-creation of the pre-expansion game in its most feature-complete state, as it was during 2006’s “Drums of War” update (patch 1.12.0). Blizzard has continued to bring WoW Classic realms online around the world to accommodate the more than two million players who have created characters in anticipation of today’s launch, and will work to add more based on player population trends.

Jason's been knee deep in videogames since he was but a lad. Cutting his teeth on the pixely glory that was the Atari 2600, he's been hack'n'slashing and shoot'em'uping ever since. Mainly an FPS and action guy, Jason enjoys the occasional well crafted title from every genre.
@jason_tas
Previous Mega Man Zero Collection on the way this January
Next The Marvel Comics #1000 launch trailer has arrived