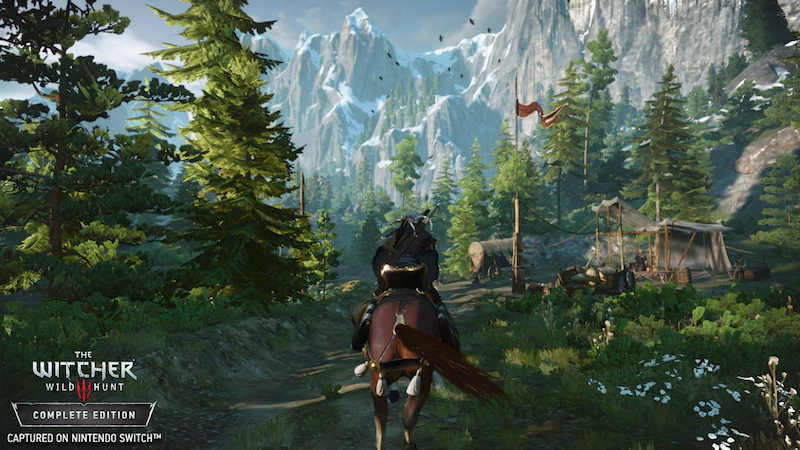 Home / News / The Witcher 3 dated for Switch, coming this October

The Witcher 3 dated for Switch, coming this October

The Witcher finally comes to a Nintendo console with The Witcher 3: Wild Hunt. Now the game actually has a release date, and a new trailer.

CD Projekt Red’s The Witcher series is pretty highly regarded in the world of video games. The latest one, The Witcher 3: Wild Hunt in particular, has become an icon.

Featuring a deep story and highly detailed world to play in, I think it’s probably fair to say that it’s become the pinnacle of the western RPG. Now of course, it’s going portable with a Nintendo Switch edition.

Have a look at the title in action in the video below. Just a warning, it’s a long one, clocking in at over 40 minutes. If you don’t have the time to check it out, it’s looking surprisingly good.

Yes, it seems to suffer a bit from the bigger and more-powerful console’s versions, but it looks incredible all things considered. The game will run in 720p while docked, and 540p in handheld or tabletop mode. It’s also “complete”. So you don’t just get the base game, but also all of the expansions and free DLC’s. And apparently all of this will be on the cart.

You’ll be playing by Halloween too, since the game lands on October 15th.

Jason's been knee deep in videogames since he was but a lad. Cutting his teeth on the pixely glory that was the Atari 2600, he's been hack'n'slashing and shoot'em'uping ever since. Mainly an FPS and action guy, Jason enjoys the occasional well crafted title from every genre.
@jason_tas
Previous Gamescom19: Activision shows Modern Warfare 2v2 and 4k gameplay
Next Ghostbusters remaster ready for pre-order