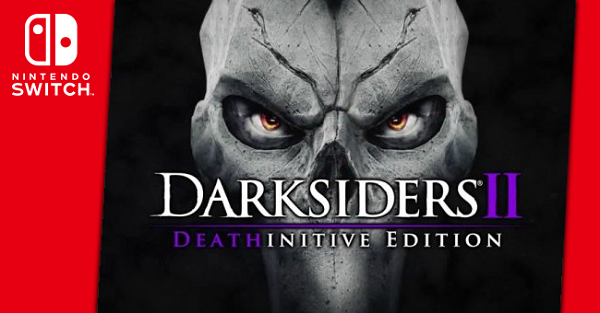 Home / News / Darksiders II slices into the Switch next month

Darksiders II slices into the Switch next month

With Darksiders Genesis on the horizon, the second game in the series is about to land on Nintendo Switch with Darksiders II’s Deathinitive Edition.

Originally released in 2012, Darksiders II was eventually remastered into the Deathinitive Edition. The re-release of Darksiders II remained the same action epic as the original release, but was improved in terms of visuals, balancing and more,

And now that newer edition is launching on the Nintendo Switch.

Jason's been knee deep in videogames since he was but a lad. Cutting his teeth on the pixely glory that was the Atari 2600, he's been hack'n'slashing and shoot'em'uping ever since. Mainly an FPS and action guy, Jason enjoys the occasional well crafted title from every genre.
@jason_tas
Previous WWE 2K20 cover and first details released
Next Coming up: The games of August 2019