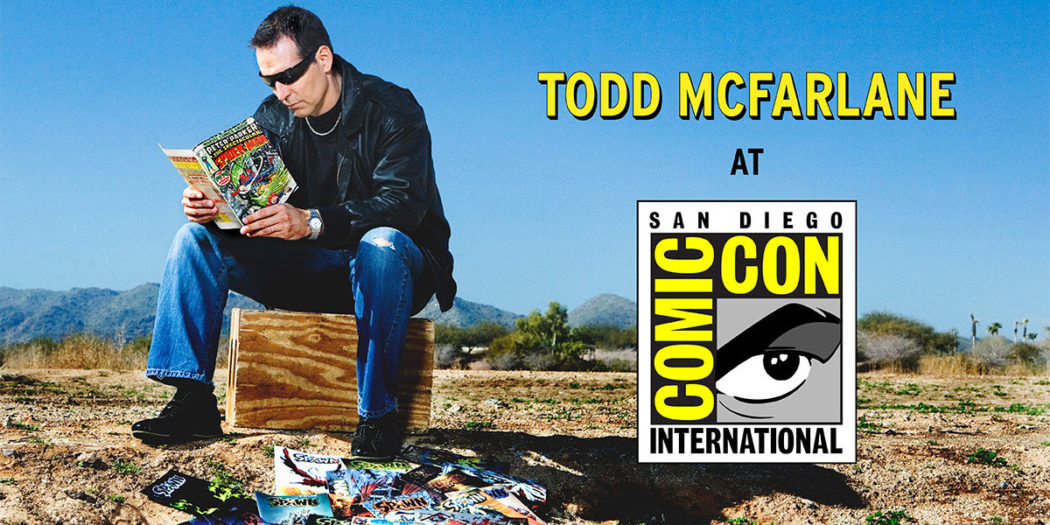 Spawn creator Todd McFarlane is going to be all over the San Diego Comic Con next month. He’ll be on panels, at signings, and of course in his booth.

One of the biggest names in comics since the early 90s, Todd McFarlane is still rolling. Not only is his book Spawn the hottest it’s been in years, but his toy company is rocking with properties like DC Comics, Fortnite, and more.

McFarlane’s presence at Comic Con is a typical thing, though I don’t think he usually has quite as full a schedule as this year’s. ‘Cause he’s all over this Con, from panels to signings.

McFarlane Toys will also have a display area at the Diamond Comic Distributors booth #2401, where attendees can get “First Looks” into upcoming fan-favorites, including world-renowned brands Harry Potter, My Hero Academia, Fortnite, Season 3 Stranger Things figures and more!

Jason's been knee deep in videogames since he was but a lad. Cutting his teeth on the pixely glory that was the Atari 2600, he's been hack'n'slashing and shoot'em'uping ever since. Mainly an FPS and action guy, Jason enjoys the occasional well crafted title from every genre.
@jason_tas
Previous Web of Venom: Funeral Pyre begins Marvel’s Absolute Carnage
Next Variant onslaught begins for Marvel Comics #1000