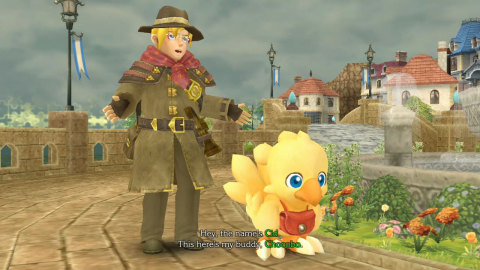 Chocobo time once again for fans of the famed bird, as Chocobo’s Mystery Dungeon EVERY BUDDY! arrives on the Switch.

Chocobo’s Dungeon is back once again this week in the form of Chocobo’s Mystery Dungeon EVERY BUDDY!. The new game features a buddy system, hence the name and presents gamers with all new dungeons to explore.

Aside from that, the virtual NES got some big time new titles. Kid Icarus and StarTropics are now available. Both games are legit classics, not to mention fan favorites.

We’ve also got Ikari Warriors (the arcade game), Joe and Mac Returns (also the arcade title), the N64 classic Turok and lots more. Scroll down to have a look.

Jason's been knee deep in videogames since he was but a lad. Cutting his teeth on the pixely glory that was the Atari 2600, he's been hack'n'slashing and shoot'em'uping ever since. Mainly an FPS and action guy, Jason enjoys the occasional well crafted title from every genre.
@jason_tas
Previous The Art of Super Mario Odyssey hitting this year
Next Doctor Strange takes on Galactus and Dormammu