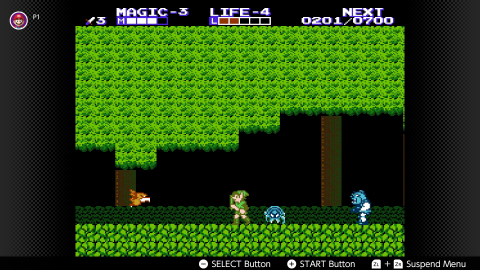 Zelda II and Blaster Master arrive on the Switch

Nintendo’s online subscription service is getting a fresh delivery of NES classics with Blaster Master and Zelda II: The Adventure of Link.

The Holiday Season might be history, but that doesn’t mean that Nintendo subscribers are out of gifts.

The company has been adding new batches of NES games to the Switch’s subscription-exclusive NES ‘virtual console’ every month. January 2019 is no exception with two pretty great games joining the lineup. Just announced are both Blaster Master and Zelda II, a pair of classics from the 8bit age.

Both of the above will be added to the Switch’s NES on January 16th. After that, fans can presumably expect a couple more to hit in mid-February, and every month thereafter.

Just remember, you have to be a paying member of Nintendo Switch Online to enjoy any of the retro goodness.

Jason's been knee deep in videogames since he was but a lad. Cutting his teeth on the pixely glory that was the Atari 2600, he's been hack'n'slashing and shoot'em'uping ever since. Mainly an FPS and action guy, Jason enjoys the occasional well crafted title from every genre.
@jason_tas
Previous DC Comics now a part of comiXology Unlimited
Next Cthulhu returns this month in Lovecraft’s Untold Stories