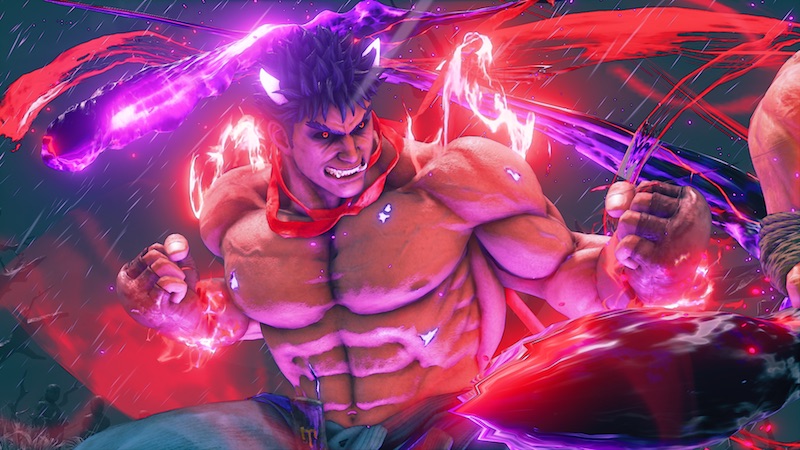 Capcom’s embattled fifth Street Fighter title is adding another character. The villainous Kage is both familiar and all-together new.

Street Fighter V has been though a rough patch as of late. Though that’s honestly nothing new for it. The PS4 exclusive was not all that well-received when it debuted, and never really caught on afterwards. I doubt I have to remind fans of the whole “arcade mode” debacle.

Now it’s in choppy water again with fans, after Capcom decided to further monetize it with ads. If you haven’t been following the story, the publisher has added advertisements to the game. Yes, they did this now, years after launch. And no, it’s not gone free-to-play. It just has ads now.

So maybe it’s just coincidence, but it’s probably some very good timing indeed that Capcom has chosen now to add not just a new character, but a whole new angle to one of the series’ main characters, Ryu.

Kage, meaning “shadow,” is the physical embodiment of the evil spirit, “Satsui no Hado,” that could hypothetically overtake Ryu and turn him into the character Evil Ryu. Street Fighter V fans will recall Ryu overcame the “Satsui no Hado” in the General Story against Necalli, and regained control of his former self. “Satsui no Hado” is now back, and instead of overtaking Ryu’s body has now found a way to manifest into its own physical form.

In addition to releasing Kage, Capcom is also tweaking a the roster’s other characters. An update released this week sees “balance changes for the rest of the 32 characters”. On top of that, F.A.N.G, Vega, Chun-Li, Abigail, and M. Bison all are getting new moves to take advantage of the above alterations. That’s pretty cool, and nice to see in a game this long in the tooth.

So, does any of this change your mind on SFV (or the ads)?

Jason's been knee deep in videogames since he was but a lad. Cutting his teeth on the pixely glory that was the Atari 2600, he's been hack'n'slashing and shoot'em'uping ever since. Mainly an FPS and action guy, Jason enjoys the occasional well crafted title from every genre.
@jason_tas
Previous Days Gone to get art book from Dark Horse
Next Video game Spidey returning with new comic