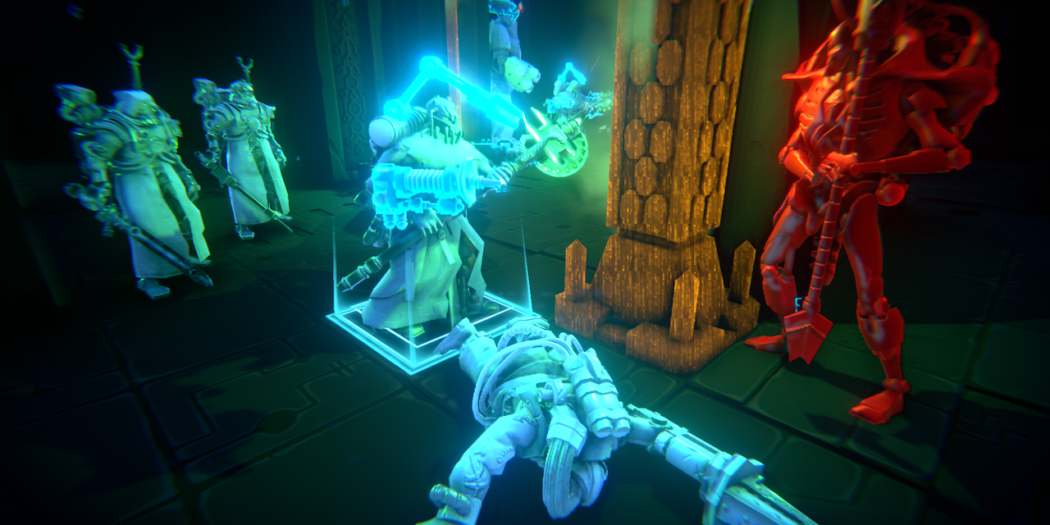 The newest Warhammer 40,000 game might be the most interesting yet. Warhammer 40k: Mechanicus casts players as Tech-Priests.

There has been no shortage of Warhammer 40k titles. From big, huge triple-A RTS’ to smaller releases of the strategy sort, Games Workshop’s far future seems to be everywhere. However you slice it, 40k has gotten some serious play on just about every platform.

There has also however, been no game ever that’s centered on the 40k universe’s Tech-Priests. Exactly what they sound like, Tech-Priests basically deliver psalms of code in the odd merging of religion and technology that the Warhammer 40k universe is.

Not that you’ll play solely as Tech-Priests in Mechanicus, as you’ll be leading other forces of the Adeptus Mechanicus as well.

Lead your priests and troops on a tactical quest to salvage ancient technologies from the
mysterious catacombs of the Necron tomb world, Silva Tenebris. As Magos Dominus Faustinius of Mars, your every decision will shape the missions ahead and have far reaching consequences for you and your team.

If you pre-order either one right now on Steam, you’ll also net yourself a 10% off discount. Not too bad. From Kasedo Games, Warhammer 40,000: Mechanicus crusades onto the PC on November 15th.

Jason's been knee deep in videogames since he was but a lad. Cutting his teeth on the pixely glory that was the Atari 2600, he's been hack'n'slashing and shoot'em'uping ever since. Mainly an FPS and action guy, Jason enjoys the occasional well crafted title from every genre.
@jason_tas
Previous The Uncanny X-Men kicks off new ongoing with ten part weekly story
Next QuakeCon 2018: Bethesda shows off a detailed look at Rage 2