Home / Action Figures and Toys / Toys R Us is gone, and took a part of the industry with it

Toys R Us is gone, and took a part of the industry with it

This summer was the final one for Toys R Us in many parts of the world. It’s sad for nostalgic reasons, but also means changes for the toy industry.

The fall of the world’s biggest toy store

Around since the 1950’s, Toys R Us had grown into a juggernaut. The chain survived other closures like Kay Bee, absorbed FAO Schwartz, and seemingly was doing pretty well. And I say that despite all the Star Wars peg-warmers.

In reality however, things weren’t so rosy. TRU’s online presence wasn’t great, and their reward program was middling at best. They also didn’t really have a great plan to play up corners of the industry that could have been boons for them. A relatively ignored collector market and video games (which should have received heavy attention and really didn’t) come to mind.

But this isn’t a look back at what the retailer could have done to stay afloat. This is instead a look forward to a time that has no dedicated toy retailer. Without the neighborhood stores or chains to hold down the brick-and-mortar fort, it’s a time of change.

Buyers not looking to shop online have only a few choices today. Mainly, those consist of Target and Walmart, and maybe GameStop too if you like. Local stores dedicated to new toys are history, but to be fair they kind of have been for a while.

There are also comic book shops however, which tend to stock action figures and the like. Although their scope (and stock) is usually pretty limited. My local shop doesn’t even stock Star Wars figures for instance.

So what does all this mean? Well, probably that the toy market aimed at actual kids could get scaled back. With the loss of the main outlet for many toys that are not of the collector level, companies will have to vie for space in the big-boxes, which will mean mostly proven properties and little else. 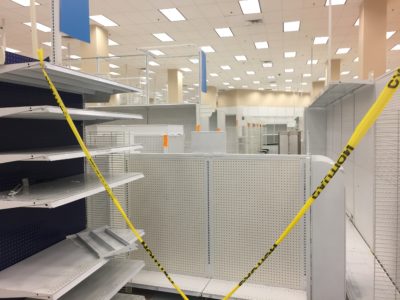 Not that that’s anything all that new either, but things that are a little more unusual or viewed as risky might dry up completely. And I have to imagine that a scaling back of offerings in general, no matter what the property, might occur as well. That could lead to smaller companies going under. Unless they can find fresh footholds that is.

As for the collector market, it kind of depends on what you’re talking about. Online shopping sites like those helmed by Sideshow, Super 7, and Mezco are still going strong. They’re known resources and have their customers. They’ll have no change at all, since most of the things they offer weren’t carried by TRU anyway – another thing that should have been remedied long ago.

What will be interesting to note is what happens with companies like NECA, and even the mighty Hasbro and Mattel. There are solid online outlets for their wares like Entertainment Earth and BigBadToyStore, and they don’t look to be going anywhere anytime soon. But the three companies I mentioned also sold their wares in Toys R Us. There’s going to be a drop-off there.

Even Mattel and Hasbro, who are established in the Targets and Walmarts of the world, might take a hit. After all, their presence there is to a lesser extent than at a TRU. And NECA? What you’ll find of theirs in a big-box hasn’t been very impressive at all, though that is changing for the better. The company has brokered a deal with Target to carry a lineup of their figures and collectibles.

It’s actually rolling out just this week. While I haven’t seen the display in person yet, it seems like it’ll be well stocked from the photos that are making the rounds online. That’s a big score for NECA, and bodes very well for their future. 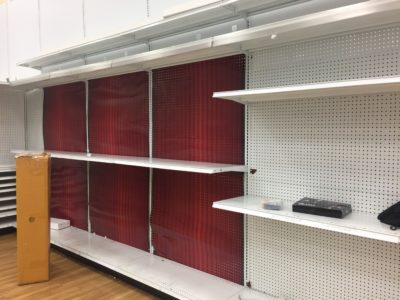 One thing you’ll note here is that I haven’t mentioned Kay Bee since the first paragraph. There’s a reason for that. The company announced their return to the retail sector months ago, with a series of stores set to open just before Christmas. But after a few weeks of Tweets, there has been precious little in the way of news. And actually, it’s dried up completely at this point.

That’s left some to wonder if they really are returning, or if it was an attempt that fell short. I’m in the latter camp, since there should have been tons of news offered, especially lately. With the Holiday selling season approaching, and stores allegedly opening soon, Kay Bee should be talking themselves up like crazy.

If they don’t return, then that would absolutely mean the end of the dedicated toy store, at least in the US. I can’t see any retailer wanting to get a piece of a business model that doesn’t seem to work any more. That’s sad in a few ways, but most specifically in the sense that kids will have no where to go that will be theirs and only theirs.

I know that was a special thought when I was younger, and it’s one that I think we can safely say has officially faded into the ether. Unless of course, Kay Bee somehow manages to prove me wrong.

Jason's been knee deep in videogames since he was but a lad. Cutting his teeth on the pixely glory that was the Atari 2600, he's been hack'n'slashing and shoot'em'uping ever since. Mainly an FPS and action guy, Jason enjoys the occasional well crafted title from every genre.
@jason_tas
Previous Torchlight Frontiers takes the aRPG series online
Next We Happy Few (PC) Review 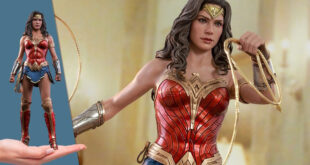 Check out the unboxing of Hot Toys’ Wonder Woman ’84, as the figure gets set to ship 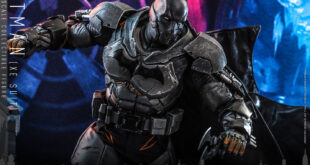