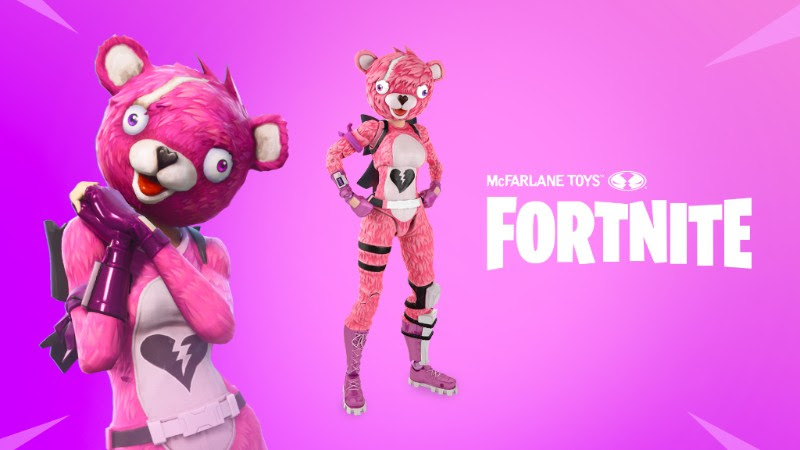 Home / Action Figures and Toys / Brace yourselves- Fortnite collectibles, toys, and more are on the way

Brace yourselves- Fortnite collectibles, toys, and more are on the way

It’s official, McFarlane Toys will be producing an array of Fortnite collectibles. Just when you thought the craze couldn’t get any bigger.

Is there anything bigger right now, in the realm of video games, than Fortnite? The Epic Games title is absolutely massive, combining crafting and arena combat in a way that gamers apparently find irresistible. And now it’s all coming to a shelf near you.

McFarlane Toys today announced that they’ve secured the license to the property, and will be moving forward with a full line of stuff.

“The Fortnite brand has taken on global status and continues to grow each day. The game, with its sense of skill and irreverent fun, now has hundreds of character options to choose from, which is a tremendous blueprint for making any successful toy and action figure line,” said Todd McFarlane, CEO and Founder of McFarlane Toys.

But it won’t just be a “toy and action figure” line. According to the press release that went out today, McFarlane’s offerings will run the gamut from “premium collectible figures” to “related accessories and resin statues”. The figures are probably going to be the centerpiece of the line however, and McFarlane says that they will be cast in the 7″ scale. You can get a hint of the articulation and sculpting in the tease above.

As to when you’ll be able to find these at retail, that’ll be sooner than you might’ve thought. The Fortnite fun begins this fall at retailers, when the initial product will be shipping out. Just in time for the Holidays.

Jason's been knee deep in videogames since he was but a lad. Cutting his teeth on the pixely glory that was the Atari 2600, he's been hack'n'slashing and shoot'em'uping ever since. Mainly an FPS and action guy, Jason enjoys the occasional well crafted title from every genre.
@jason_tas
Previous Marvel Comics rolls out more Conan for January
Next SDCC 2018: Mondo debuts more Masters of the Universe, Half Life, and more