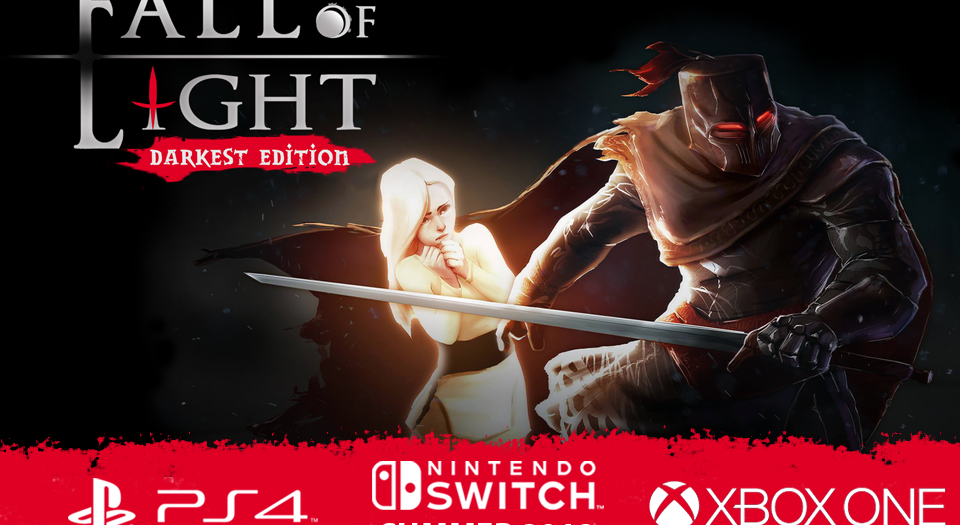 Fall of Light bringing darkness to consoles this summer

The formerly PC exclusive action RPG from Digerati and Runeheads is looking slick with it’s dark (literally), gothic setting. Fall of Light is coming to consoles this summer.

Edge of the dark

Pretty cool looking huh? This one’s a surprise too. Well for me anyway, since I hadn’t seen anything on it before now. And yes, I know that the game has been available for PC since last year, but for some reason I hand’t taken note. That just makes for an even more pleasant surprise though, since Fall of Light comes across pretty great in that trailer.

The digital indie will be getting a “Darkest Edition” for its console debut, and even an exclusive physical release on the PS4. That on-disc version will be an exclusive to import shop Play-Asia.com though, so don’t expect to see it anywhere else.

The Darkest Edition, by the way, will indeed be different from the original PC launch. This new version will offer “an all-new dungeon to explore, complete with new enemies, traps, and weapons, created especially for the Darkest Edition.”

Sound good? Expect to see Fall of Light: Darkest Edition on the Switch, Xbox One, and PS4 some time this summer. Nope, there’s no release date set just yet, though if you’re hankering to play, remember that it is available now on PC.

Jason's been knee deep in videogames since he was but a lad. Cutting his teeth on the pixely glory that was the Atari 2600, he's been hack'n'slashing and shoot'em'uping ever since. Mainly an FPS and action guy, Jason enjoys the occasional well crafted title from every genre.
@jason_tas
Previous Both Overlord games are now backwards compatible on Xbox One
Next SDCC 2018: Marvel expands Spider-books with Ghost Spider and Superior Octopus