Insight Editions has some of the coolest comic book and movie related books out there. They’ll be making waves at Comic Con too, with Sideshow in tow.

Giving away a Wookiee, DC figures and a Harry Potter mega pack

So this is particularly awesome. Insight always has a nice presence on the show floor at Cons, but this year’s SDCC is more impressive than usual. The company is teaming with Sideshow Toys, and will be giving away a Premium Format 1:6th scale Chewbacca figure. Awesome stuff. The figure is worth $500 and will be given away at the booth, so make sure you ask about it when you go.

That’s not all though, as collectible maker Mighty JAXX will be giving away a six pack of their DC XXray figures. That’ll be made up of Harley Quinn, Killer Croc, Deadshot, Catwoman, Robin, and Supergirl. On top of all that, there’s also a ton of Harry Potter stuff that the publisher itself will be giving out. 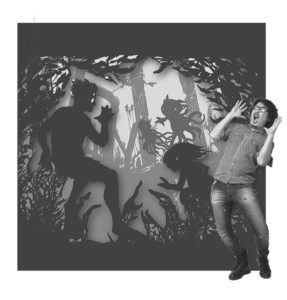 Keeping with that theme, you’ll also be able to get in on a photo op with a life-sized mockup of a page from the Harry Potter: Creatures: A Paper Scene Book. “A page”? Yes, it makes sense, just take a look at the pic above.

And then, there are the panels and signings

Jason's been knee deep in videogames since he was but a lad. Cutting his teeth on the pixely glory that was the Atari 2600, he's been hack'n'slashing and shoot'em'uping ever since. Mainly an FPS and action guy, Jason enjoys the occasional well crafted title from every genre.
@jason_tas
Previous Atari’s Tempest 4000 blasting onto consoles later this month
Next Thor Ragnarok Héla joins the One:12, figure available for pre-order now