A trade show about games should be about games. Well 2014 did just that as Sony and Microsoft showed gamers a plethora of games.

It’s E3 2018 time folks. That means there are bound to be some some big surprises in store. Of course, that also means there will be disappointments.

The most wonderful time of the year

A tradition almost as old as gaming itself, E3 is a magical time. The trade show marks the biggest time on the calendar for new game announcements, and usually packs in a few monster surprises. Though lately news is getting leaked more and more before the big event, it’s still very much one of the most looked-forward to shows of the year.

There’s usually a little of everything, all of which is highlighted by the press conferences from the big three. Of course, I mean Sony, Microsoft, and Nintendo. Though in recent years companies like Bethesda and Activision have stolen a little of that thunder, with pressers of their own.

All of that has only served to make the show even bigger though. It’s a beast, and this year’s will be no different.

On last week’s podcast, the crew discussed some titles that they think will show up at the convention. Working off of that, some of the rest of us thought it might be fun to share what we’d like to see, and also some things that we’re pretty sure we definitely won’t.

So what’d we come up with? Read on…

I absolutely am stoked to see what Nintendo has got going on at this E3. We’ve had so many teasers over the last year that more or less begin and end with a big name, like Bayonetta 3, Super Smash Bros, Metroid Prime 4, Fire Emblem, and Pokemon. 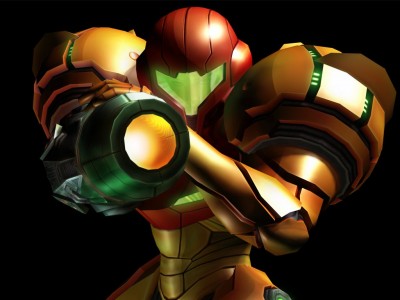 Pokemon is now end 2019 however (with Pikachu to tide us over), which leaves four other games we might (or will) see this week. Super Smash Bros is the one I’m most looking forward to.

The whole series is kind of my favorite, and I’m stupid with anticipation about the new one. As always, I worry where its going to be in terms of play-style on the ol’ Melee/Brawl spectrum. I’m also worried about characters being dropped (I don’t think my heart could go on without Wii Fit Trainer), and the roster being too small. But I’ve also been around the Smash Bros bend for a while, so I know that my worries are always misplaced. 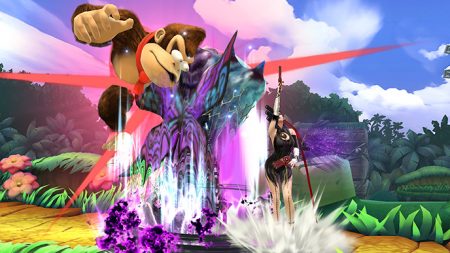 I can’t wait to see what new fighters we have in store, what new stages will represent what games, how Mario and Link will differ, how the Inklings will play, and just what makes this game play different in the minute details than its predecessors. Fortunately, it sounds like we’ll get to see plenty of it during the Direct and following tournament!

The game I really want to see at the conference, but we probably won’t, is any lapsed Nintendo franchise. Any fan knows the list. 1080, Wave Race, F-Zero, Custom Robo, Murasame’s Mysterious Castle… it goes on. Unlikely and impossible veer awfully close together where these games are concerned, so I’ll say I’m also hopeful (without holding my breath) that Borderlands 3 will show up (despite Gearbox reporting that it will not). 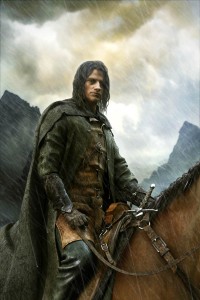 HOPE TO SEE BUT PROBABLY WON’T: Mount and Blade II: Bannerlord. This game was hyped to all hell since 2016. Regular blog updates came along this year luckily, but that was after months of radio silence from the dev team at TaleWorlds Entertainment.

This game was supposed to come out sometime during the Fall of 2017 – memes on the Mount and Blade subreddit are now just questions about its release. For the love of god, I want this game already!

There might be too many games that I want to see at E3 this year, especially in the Nintendo arena. Much like Mike S, I’m dying to see some of those Nintendo classics get rebirths, though I’m pretty sure how realistic that is (come on FZero…). So instead I will keep with the spirit of this feature, and make sure things stay somewhat realistic.

So what do I think we’ll actually see at the show? Lots of Gears of War. I’m pretty sure another numbered installment will be making an appearance, and I’m cautiously optimistic that that rumored RTS will pop up out of its emergence hole as well. I’ll take both thank you very much, as I’m a pretty big Gears junkie and I want to know what happened after the last title came to a close. 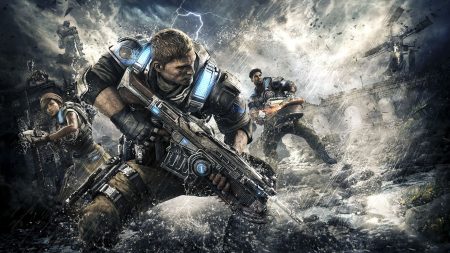 I’m also thinking that we’re likely to see another Super Mario title coming about from Nintendo. While Odyssey was awesome, it was also pretty far from the formula, and a New Super Mario Bros or Super Mario 3D World would be just what the doctor ordered for longtime fans who want something more in line with the series’ history.

And what would I dig seeing, but am pretty sure won’t? Well, that one’s easy – Halo 6. As our own Xbox ed Rick pointed out, this could be a Gears kind of show, with Microsoft holding Master Chief and crew back till next year. I agree with that wholly, though I do think there’s maybe a slight chance we might get a little tease of what’s to come. Maybe? 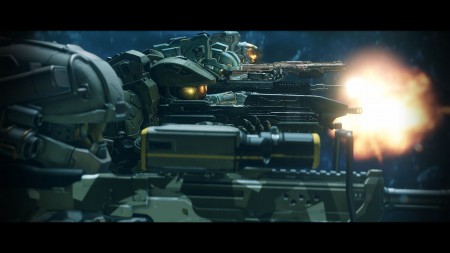 But what do you think? Do you agree with this sampling of our staff’s takes? Is there something else that you’re sure will be there? Let us know in the comments. Make sure to check back here daily during the con too, as we’ll have tons of updates, and rundowns of all the biggest pressers.

Enjoy the show – it’s bound to be a good one.

Jason's been knee deep in videogames since he was but a lad. Cutting his teeth on the pixely glory that was the Atari 2600, he's been hack'n'slashing and shoot'em'uping ever since. Mainly an FPS and action guy, Jason enjoys the occasional well crafted title from every genre.
@jason_tas
Previous June 13th Valiant Comics Previews include Bloodshot and a Quantum & Woody hardcover
Next Bomb Chicken Release Date Announced