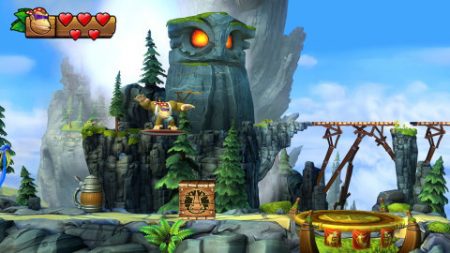 Anyone who has been waiting to get funky with the re-release of Donkey Kong Country: Tropical Freeze is about to have all of their wildest dreams fulfilled.

Tropical Freeze headlines 17 new games coming to the Switch’s online shop this week. Also included are all three Naruto Storm games and Animal Super Squad. Also of note: There are no new NEOGEO games this week!

Take a look at the full offeringm courtesy of Nintendo, below:

Erich was introduced to gaming by his grandfather before he could walk. Since then, he has grown up loving Nintendo and most games in general. He couples his love of videogames with journalism to cover news, provide reviews and tell it how it is in the gaming world.
Previous Pre-sales on the Atari VCS kick off this month on Indiegogo
Next God of War (Playstation 4) Review