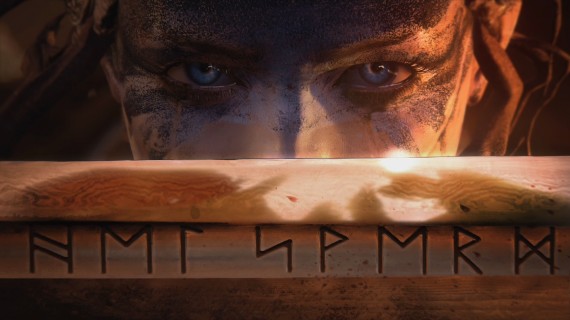 Home / News / Hellblade heading to the Xbox, will be enhanced for the One X

Hellblade heading to the Xbox, will be enhanced for the One X

One of the best indie games of last year, Hellblade: Senua’s Sacrifice is on the way to Microsoft’s Xbox One platform. It should be in fine form too, as it’ll be enhanced for the Xbox One X.

That’s the PS4 trailer above, because I couldn’t find an Xbox-specific one to share with you. You get the drift though – Hellblade looks amazing and features a dark and mature storyline with some serious subject matter.

It should look even better if you have a 4k TV and an Xbox One X console too. Admittedly though, that’s tough to figure, since Hellblade was already one of the best-looking games of 2017.

Nevertheless, look for the One X version to sport three different viewing choices:

Hellblade on Xbox supports HDR and the game is enhanced for Xbox One X, with players having the choice of 3 enhanced modes to select from: Enhanced Visuals mode offers extra FX and visual quality throughout the experience, High Framerate mode runs the game at 60fps and High Resolution mode runs the game with dynamic resolutions up to 4K.

On top of the enhancements, Ninja Theory has also announced a discount that’ll be available for patient Xbox gamers. Starting this Monday, you’ll be able to pre-order the game via the Xbox store, but you don’t need to in order to get in on the discount.

All you have to do to nab a cool 10% off is to buy the game in the first week that it’s out. Pretty cool, and certainly something that would be nice to see more often. Oh, if you’re wondering just when that launch date might be, well you don’t have long to wait.

Hellblade: Senua’s Sacrifice arrives on the Xbox One on April 11th.

Jason's been knee deep in videogames since he was but a lad. Cutting his teeth on the pixely glory that was the Atari 2600, he's been hack'n'slashing and shoot'em'uping ever since. Mainly an FPS and action guy, Jason enjoys the occasional well crafted title from every genre.
@jason_tas
Previous Episode 33: Interviews and Voice Acting with Nadia
Next World of Warcraft Chronicle Volume 3 (Book) Review