Manhunt is an unfinished-looking comic about a contract killer and the detectives trying to catch him. Manhunt has nothing going for it: the art is poor and the writing is poor. This review is going to be more roast than boast so I hope your jimmies are clean because they are about to be rustled and spoiled.

A contract killer is on the loose after a brief respite and detective Kevin who has been on the case has been called out again to try and catch him. The killer leaves no evidence after every hit somehow and the coppers have no leads as a result. This leaves the detectives frustrated. Sexually frustrated. Oh and the killer gets another contract while they’re doing it. That’s the whole story.

The plot is below mediocre and insults the intelligence of the readers. If any writer is going to expect their readers to get into an investigation story you have to have some point at which the characters are relatable and the crimes are actually believable. It’s childish. The characters also have personalities equivalent to that of potatoes decorated by kindergartners who may have seen one edgy crime flick.

The killer is seen taking some huge leaps to kill his targets but miraculously leaves no evidence!

The first hit of the comic, an Israeli diplomat, is straight from Hollywood i.e. cliche and dumb. Using a car-bomb, he kills the diplomat in front of a building where a peace talk had taken place.

Firstly, he, impersonating a security guard at a boom, somehow gets access to the limo without being detected in any manner. He also is not seen abandoning his post at the boom.

Secondly, he also is given the privilege to shake the diplomat’s hand. In what country do diplomats shake the hands of parking boom attendants!?

Thirdly, after shaking the diplomat’s hand and as the limo drives slightly away, he takes off his fake prosthetic face revealing his true identity. Then in true “cool dudes don’t look at explosions” style he walks off as the car-bomb goes off – right next to him! Right in front of the building! You expect me to believe there’s “no evidence” somehow!? There’s no witnesses, no cameras, no debris or shockwave hitting him and ruining his clothes? Who is this guy? Jason Bourne?

Kevin is a dectective obsessed with finding the contract killer but all they know is that he is a “he” and he leaves some sort of symbol at every hit that we never actually see. He briefly wonders where the case is heading before just becoming obsessed again without any signs of frustration. Except the sexual kind.

A man who loves his job and only takes care of his targets and their guards. That’s all we know about him. Pretty much the same as the detectives.

That’s right. Kevin doesn’t even call her by name despite her giving him the courtesy. That’s the only reason I know his name is Kevin. She does the typical “you’re so obessed with the killer it’s like you admire him” bit. That has been seen in almost every single detective plot ever. Yes, you should never be concerned with every bit of detail you can glean from a serial killer’s victims. Completely logical. She is written exactly like a background detective. 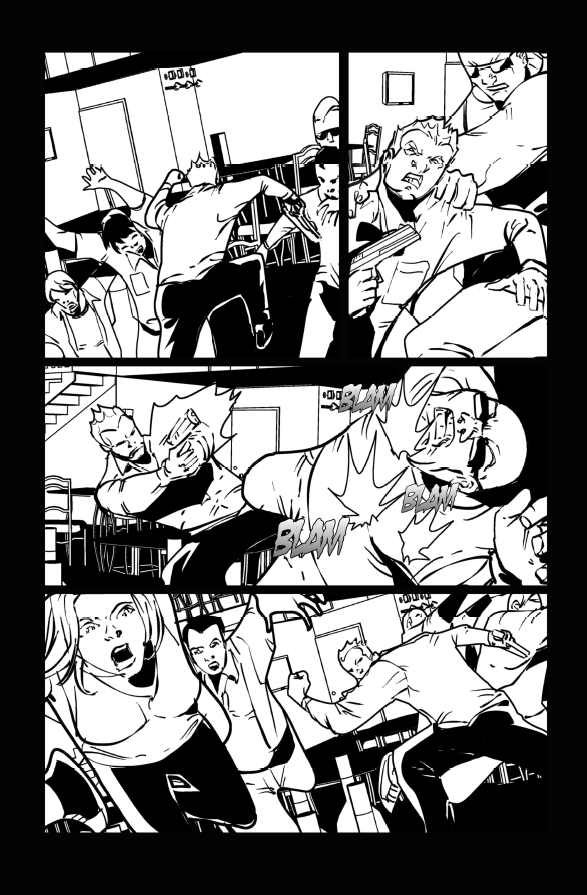 Initially I thought this may not be that bad. An aesthetic just about black and white contrasts could work. But not if the framing, proportions and faces just are all off as hell! So off you’d reconsider drinking that 3 month-old carton of milk than read this crap.

You have frame to frame transitions that are so confusing! Objects, characters and backgrounds just appear at whatever depth or location they want. The frame to frame action plays out like someone with memory loss every second is watching it. It’s especially bad when the contract killer murders some guys in a club.

I found myself becoming the detective trying to piece together the clues left in each frame. Did he throw the knives or just stab them? How’d he even do that when he was in front of the couch where his hit was sitting and they were behind? Where’d he get the gun? Suddenly he just had one in his hand?

Character faces also morph like this is an alternate Earth and humans have gained the ability to slightly adjust facial features. Now on top of being a detective you have to become an art major and interpret this abstract expressionism.

Jeez it’s terrible. It’s one of the few times the art has made me so confused it affected the actual story taking place.

As everything it’s piss-poor. You could have no dialogue and semi-understand what’s happening (even with the interdimensional travelling things). Characters don’t say their names so even if Kevin is banging the female detective he might not be committing adultery since we don’t know if the woman in his apartment at the beginning of the comic is even his wife, girlfriend or one-night stand!

Also, what is this? A font for ants!? Not only is the dialogue stupid, it’s goddamn microscopic! This is the first time I have witnessed a font so bizarrely small! The sound effects fonts don’t fair better. Their gradient fills directly contrast the straight black and white look the comic attempts.

Don’t touch this comic with a 100ft pole. It’s lazy, thoughtless and I’d consider it worse than your average comic storyboard. It’s not worth a single penny. STAY THE HELL AWAY!

Megan here! I am pretty well versed in all things weaboo and geek. I've loved videogames since I was born and even made my own for my 3rd year of Multimedia at the University of Pretoria in sunny South Africa. I have enjoyed anime from the days when Pokemon was considered satanic and Aniplex used to exist on DSTV. In the past couple years I have really gotten into manga, particularly Berserk to see where the story headed after the original anime. If there's one thing I will always love 110% it is cats. Don't doubt my faith in my love for felines.
Previous First full Star Wars Solo trailer released
Next Crash Bandicoot: The N.Sane Trilogy might be coming to Switch and PC 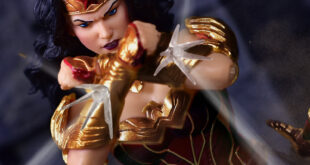 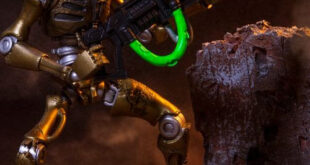