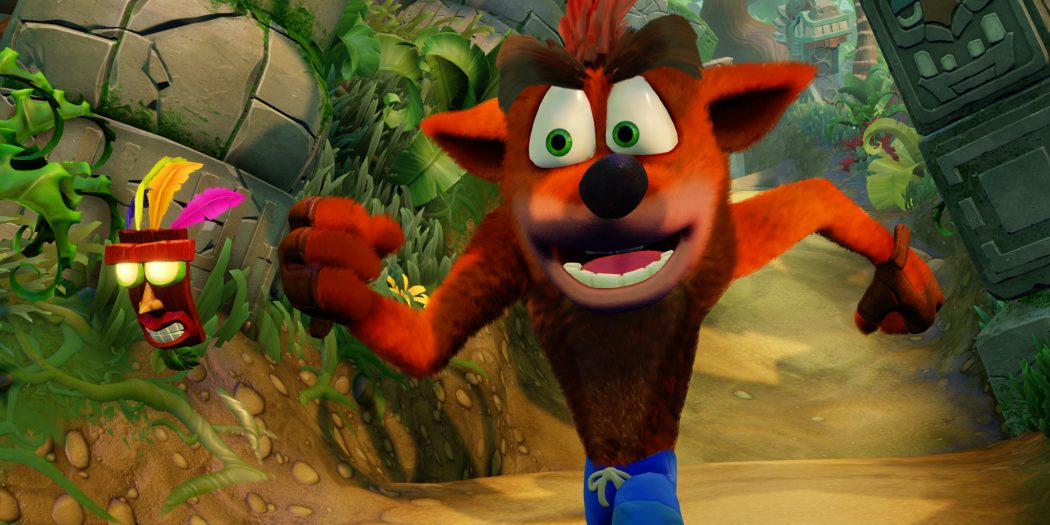 Home / News / Crash Bandicoot: The N.Sane Trilogy might be coming to Switch and PC

Crash Bandicoot: The N.Sane Trilogy might be coming to Switch and PC

Is the recently released PS4 Crash Bandicoot collection coming to the Switch and PC this year? It could be, if you believe the merchandising firm that handles the IP.

I really hope this is accurate. The Crash trilogy seems like an amazing fit for the Nintendo Switch, and I seriously want to play it. It could be the case too, since the source seems pretty solid.

MCV is reporting that Max Argil, who works at merchandising company GB Eye, made a pretty definitive statement to the affirmative just a short while ago. Said Argil, “Next year it will be going broader (Switch and PC) and there will be another game in 2019.” He also added that Activision has a “five year plan” for Crash. And no, you’re not reading that wrong – he said there’ll be another Crash game in 2019.

So what might that be? MCV muses that it might be a new game, or it might be another collection. Either of those things are a distinct possibility, and honestly I would not count either out. I think another redesigned Crash classic is likely, and with the success of the trilogy, a new game is just as realistic. I’d actually be shocked if we didn’t see all of the above, especially since there’s (apparently) a five year plan.

If anything, I’m a little surprised that we’re not talking about an Xbox One version of Trilogy. That seems like a strange platform to ignore, unless there are contract issues between Activision and Sony. Otherwise, stay tuned Crash fans, since there’s nothing else on any of this to report right now.

Jason's been knee deep in videogames since he was but a lad. Cutting his teeth on the pixely glory that was the Atari 2600, he's been hack'n'slashing and shoot'em'uping ever since. Mainly an FPS and action guy, Jason enjoys the occasional well crafted title from every genre.
@jason_tas
Previous Manhunt #1 (Comic) Review
Next First full Jurassic World: Fallen Kingdom trailer debuts during Super Bowl