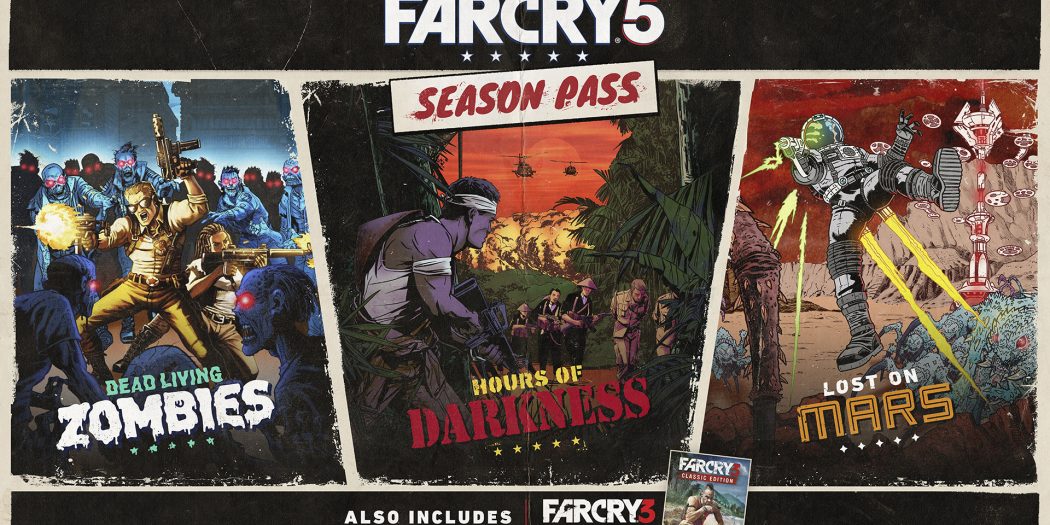 Far Cry 5’s Season Pass Has Zombies and Then Some

Small details have been revealed about Far Cry 5’s season pass, but just enough to get me excited. In the season pass are 3 pieces of DLC that will all be really rather different from one another.

Dead Living Zombies is (obviously) zombie based and inspired by B-movies, which should create a very interesting setting and style. One that I’ll enjoy for certain. Hours of Darkness takes players to Vietnam where they’ll fight the Vietcong. Finally we have Lost on Mars, this will have us face to ugly face with Martian Arachnids.

The actual stories in these DLC’s and what we’ll be doing is as of yet unknown. But the settings alone are very intriguing.

Alongside these very vague details, there has also been a new story trailer released.

Massive game and movie enthusiast. In any free time I'm always playing something or watching something. I didn't choose the hermit life.
Previous Brutal Gamer Awards: Nintendo Switch Game of the Year 2017
Next Warhammer 40k gets tactical with new turn-based Space Hulk Tactics