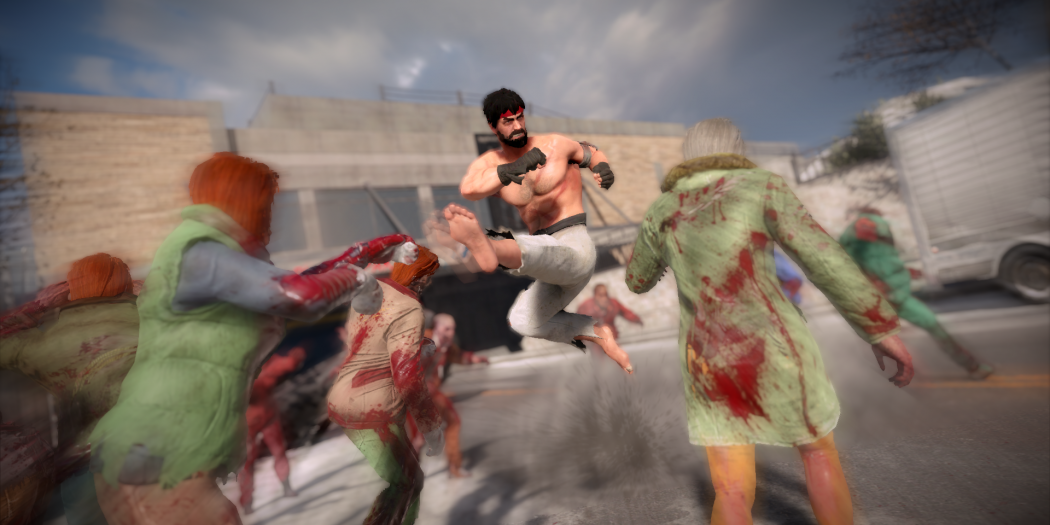 Get it? ‘Cause it includes everything for Dead Rising 4? So it’s… so it’s called Frank’s… Big Package. Yeah.

Anyway, this new Dead Rising 4 release is the same game as appeared on the Xbox One and PC a year back, only bigger. Included here with the base title is all the downloadable content.

That means you get:

But that’s not all

This “Big Package” also includes a new mode, called Capcom Heroes. In it, Frank can “wear over a dozen outfits of prominent Capcom characters and perform outrageous special attacks inspired by those whose shoes he’s wearing”.

While this is included in the PS4 edition, all owners of the game will get the Capcom Heroes mode as a free download. So no need to fret Xbox/PC fans. Frank’s Big Package is available right now.

Jason's been knee deep in videogames since he was but a lad. Cutting his teeth on the pixely glory that was the Atari 2600, he's been hack'n'slashing and shoot'em'uping ever since. Mainly an FPS and action guy, Jason enjoys the occasional well crafted title from every genre.
@jason_tas
Previous Classic Street Fighter II Ken now available for pre-order from PCS
Next Nintendo Download: Breakdance Your Way to Victory