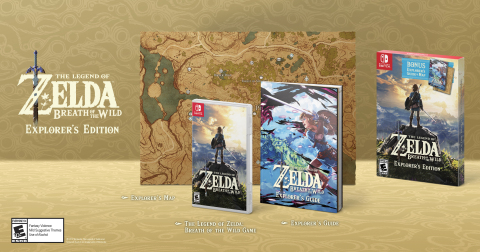 Nintendo details new offerings for Black Friday and beyond

Nintendo won’t sitting back and resting this Black Friday. Nope, there’s actually a bevy of new stuff inbound for fans to pick up.

First up from the gaming legend is a pretty slick looking 2DS. It’s Legend of Zelda-branded, and cast in a green and white color scheme. But it’s not all good-looks, as the console also includes one of the best games of all time. Yep, it’s got a code for Legend of Zelda: Ocarina of Time packed in the box. Not too shabby if you’re a new fan who just started playing with Breath of the Wild. Or if you’re a long time follower who’s looking to replay a classic for that matter. 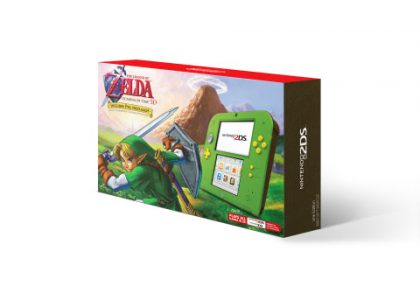 That 2DS will be out especially for Black Friday, so good hunting. It won’t be alone either, as Nintendo plans on having a special Breath of the Wild pack too.

That’ll include the game, sure, but you actually get a good deal more too. Expect “a 100-page explorer’s guide and a two-sided map at a suggested retail price of $59.99.” Not bad at all.

That’s just the tip of the DS iceberg too, as there are more limited editions on the way.

Nintendo will have an orange and white 2DS XL out there, along with a white and red unit. That last one has a pack-in by the way, including a code for New Super Mario Bros 2.

Then there’s the “Poke Ball” edition 3DS that’ll be on the shelves this week, and a very cool special edition of Xenoblade Chronicles 2.

“Between Nintendo Switch, Super NES Classic Edition, all the systems in the Nintendo 3DS family and all of the fun games available for these systems, shoppers will have multiple options for their wish lists this year,” said Doug Bowser, Nintendo of America’s Senior Vice President of Sales and Marketing. “Our Black Friday deals are a great value for people looking to pick up gifts for the Nintendo fans in their lives.” 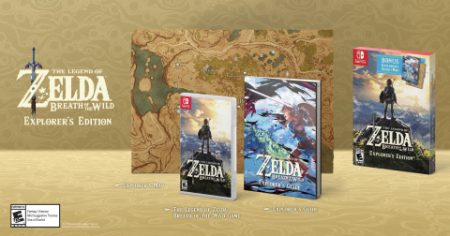 Have a look at what’s on the way (or in stores now):

Jason's been knee deep in videogames since he was but a lad. Cutting his teeth on the pixely glory that was the Atari 2600, he's been hack'n'slashing and shoot'em'uping ever since. Mainly an FPS and action guy, Jason enjoys the occasional well crafted title from every genre.
@jason_tas
Previous Head’s up collectors, Entertainment Earth is having a statue sale
Next Halloween’s Michael Myers is coming to the One:12 Collective