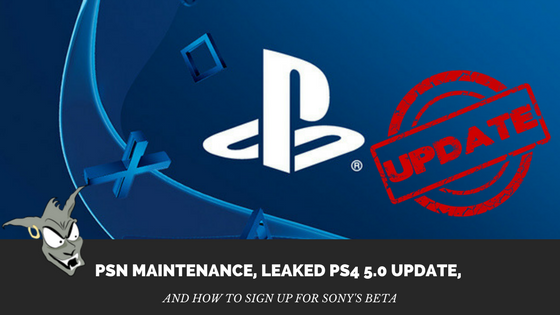 Home / industry / PSN Maintenance, Leaked PS4 5.0 Update, and How to Sign up for Sony’s Beta

PSN Maintenance, Leaked PS4 5.0 Update, and How to Sign up for Sony’s Beta

Sony is releasing quite a few new things on PlayStation to make the experiences on it that much better but has yet to release a date on the PS4 5.0 update.

First off, Sony announced that there will be another round of maintenance for the PlayStation Network on August 15. These maintenance’s are pretty common especially when they’re working on big updates like this. The maintenance will affect PlayStation 4, PlayStation 3, and PlayStation Vita, along with PlayStation-related web services.

During the time of the expected 30-minute maintenance players will be able to use their systems, sign in, play games and use most applications, however, the PlayStation Store, PlayStation Video, and Account Management will be offline during the maintenance period. 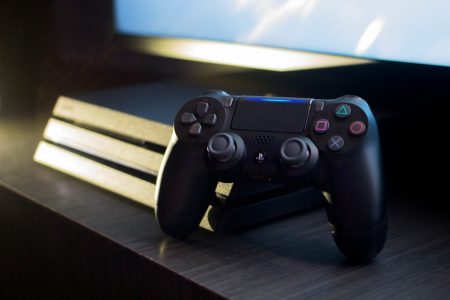 In a statement by Sony, they say: “We apologize for any inconvenience. We strive to ensure that PlayStation Network services are available at all times, but occasionally we must take PlayStation Network offline to perform essential maintenance and implement feature enhancements. We are working hard to reduce the duration of each maintenance.”

Secondly, Sony announced that PlayStation 4’s 5.0 system update was on the way and that a beta would take place in August. Sony hasn’t shared any official information on the details of the update but the update notes for it have now been leaked.

Eurogamer reports that it has obtained the release notes for the 5.0 patch.

Twitch streaming at 1080p 60fps will be limited to those with the 5.0 firmware update using a PlayStation 4 Pro along with an overhaul of your console’s master/sub account system, the ability to follow any user similar to the system on Xbox One and Twitter. Currently, you can do this just for verified accounts of note, such as the official accounts for games, and some individual developers and YouTubers. Also, note the addition of notifications to the PS4’s quick menu.

Sony’s documentation states this is to “encourage more sharing of content and more interactions”. You’ll also be able to follow whoever you want without needing a friend request to be verified, and without filling up your friend limit. Because really, do you need 300 friends on PlayStation, well unless you play Destiny then yes.

For developers, the change is to “boost the viral potential of UGC”. In other words, when someone shares a cool video this will allow people following to see and share it further.

You will be able to choose if you only want existing friends or anybody to follow you and as always you can block users, too.

Further more the 5.0 update will give an expanded range of options for those who have “sub” or child accounts on their home console. New family accounts will be able to feature multiple adult accounts in a family, able to act in a parent/guardian role and set parental controls on a per-account basis, so each child has different communications, content-viewing and spending limit privileges. Requests can also be sent to adult accounts on other PS4s to join the same family.

There will be a new web application to manage family accounts, and access parental controls/family membership options from your PC and smartphone. In the context of Sony’s comments around keeping Minecraft and other cross-network games safe for children, it is interesting to see the company focus on this in its next system update. 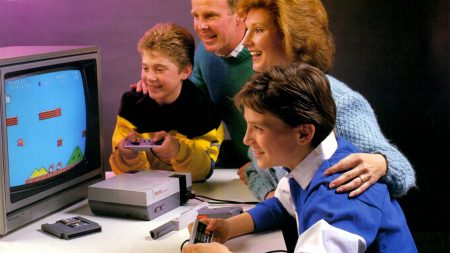 For some reason, this update focuses a lot on Family control which is more of a Nintendo thing but it’s good we’re getting these options. You’ll never know when you might need settings like Accesibliltys or adding sub accounts especially if you’re a gamer with kids.

lastly, with 5.0, system notifications will be visible from your Quick Menu so you don’t need to head back to your Home screen. You will also be able to check the status of your uploads/downloads here too.

Minor changes include push notifications for events, spectator comments on the screen while broadcasting in VR mode, the ability to link broadcasts to a PlayStation Community, and support for seven more languages: Czech, Thai, Greek, Indonesian, Vietnamese, Romanian and Hungarian.

Behind the scenes, Sony will add support for bundle and compilation discs, with or without add-ons, and discs which support games and add-ons (such as in a Game of the Year Edition) which don’t need developers to rework any code.

No mention of PlayStation Now as asked about in the sign-up process for the beta but it could have been simply a poll for PlayStations use.

To sign up for the Beta head on over to these links and pick your current region:

In other PlayStation related new’s PS4 games are now coming to PC courtesy of PlayStation Now. Playing your PS4 library just got a little easier thanks to PS Now. At long last, PlayStation 4 games are playable on the PC. Click Here to read the full article!

Dylan is a writer, gamer, avid movie lover, and PlayStation extraordinaire. Currently, he attends Radford University in pursuit of a BS in Media Studies with a concentration in Journalism. When he’s not writing the next epic post (but you know he is), he plays games like Destiny, Uncharted, Wolfenstein/DOOM/Dishonored; long story short: If I played the game, I liked it; if I haven't played it, just remember that I'm in college.
@Dylanslegos
Previous The Call of Duty: WWII multiplayer beta starts next week
Next Get a first look at Conan Exiles on the Xbox One in new dev stream