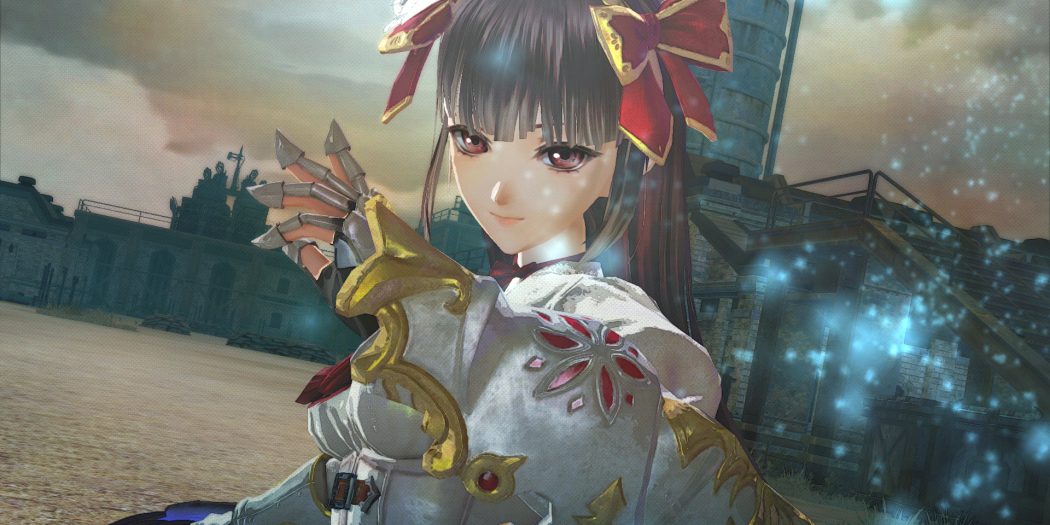 It’s been a few years since the last western release for Valkyria Chronicles. Tensions are high and people are hungry for a smart RPG that revolves around strategy. Is Valkyria Revolution the answer we have been waiting for? Spoilers: No, it sucks. Read on to find out why.

Valkyria Revolution is not actually a new game. It’s the next entry in the Valkyria series and it changes up many of the features that made the original Valkyria (and to a lesser extent, the third game) great. Was this a bold move? Of course it was but it wasn’t necessarily a smart one.

A seamless tactical overview-field gameplay, lovable characters, well-written story and balanced mechanics are all left out in favor of a clunky Dynasty Warriors-esque gameplay. The story is still well-written, but the game is buggy and everything else isn’t satisfactory.

Valkyria Revolution is essentially the shell of a good Valkyria game. It has a solid foundation but the execution is flawed. One of my biggest gripes with the game is that THERE ARE NO TEXT BOXES DURING CUT SCENES. 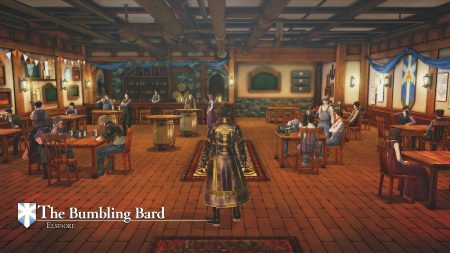 Being animated like Megaman Legends (in-game engine cutscene but mouths aren’t moving), it gets a little hard to determine who is talking to whom. Another irksome “feature” of the game is that there are too many load times! Like seriously, I can sit through a few loading screens but to have a clunky UI with a progressing storyline that’s interrupted by a loading screen every few seconds is definitely not a good sign.

I had really high hopes for Valkyria Revolution, but it turns out they were misplaced.

One of the greatest features of the original Valkyria Chronicles games are the smart tactical overview/battle system that they had. At the time of its release, it was one of the unique innovations in gaming that set it apart. Best of all is that it made the original game so memorable that I actually still play it to this day.

Valkyria Revolution ditches the formula that made its franchise great in the first place with a more dynamic tactical approach that is actually promising on paper – if it was executed well. The biggest problem, however, is that the new “Dynasty Warriors-esque” battle system has made the originally challenging game too easy. 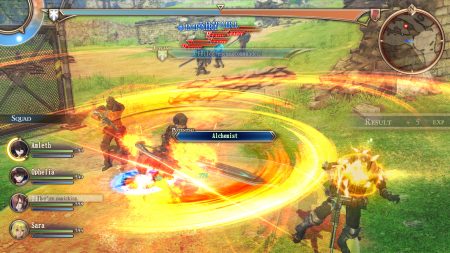 I felt like a God no matter who I used in my party, because I could simply block enemy bullets, charge, then unleash a devastating combo or magic attack. I would decimate any enemy that was foolish enough to stand in front me.

The new battle system is basically a third-person hack and slash that, again, is not dissimilar to Dynasty Warriors. The old tactical BLITZ system has been minimized to a wheel that has certain commands, such as Items, Magic and the good old “ORDERS” command. The old ORDERS were awesome in that every time you used one, you actually felt that you were in command and that every action you took counted.

The new ORDERS suck almond-milk nuts (sorry for the graphic image, I just had to vent my anger). They feel like they were simply included in the game as a callback to the original feature, instead of being an actual new element. It’s that horrible.

In short, the gameplay could have been great, but it’s not. It’s imbalanced and it ruined my gaming experience. Shame on you, Media.Vision.

The graphics are gorgeous. Everything looks great… but not everything is well animated. There’s a big difference there. It’s kind of like being a handsome or beautiful person but having the personality of a cashew nut.

In short, Valkyria Revolution looks great but performs poorly. Like I said, there are a hell of a lot of loading screens and the cutscenes (and gameplay) are clunky and not at all stable.

The music, however, is still very much reminiscent of classic Valkyria-style. This is only natural as the composer for Revolution is none other than Yasunori Mitsuda. He is known for the original Chrono Trigger, Xenogears and of course Stella Glow, and all of these games are memorable for me. I feel like the music and the voice acting are the only two factors (save for the story itself, it’s pretty okay) that are saving this game from a score of 2 or 3. 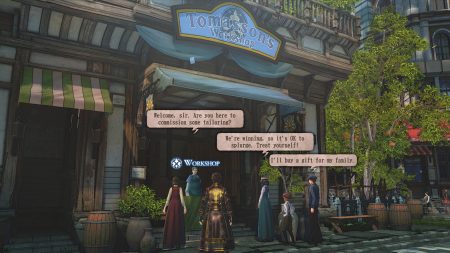 Also the voice acting is great. If you’re into Japanese animation, then you would be familiar with the cast. It actually features a huge chunk of the cast of Durarara!!! as well as other currently famous Japanese VAs. The English voice acting is also spot on. My only problem with the localization is that the voice actors for the male characters kind of blend together during cutscenes. You wouldn’t know who is talking unless the camera focused on them.

Having such a stacked team for both the music and the voice acting must have been stressful for the people in-charge of the visuals and programming. It’s like having a successful older sibling and being a failure of a younger sibling. In short, music and voice acting great, game visuals are not great.

Now here’s where it gets divisive. I actually loved the story for Valkyria Revolution and I did everything in my power to unlock all of the side-stories as well as skits in order to complete my Revolution experience. Despite hating on nearly everything else about the game, I actually love the characters as well as the plot that motivates the story.

Valkyria Revolution is like playing the video game version of Code Geass. I won’t say any more about the plot, but it’s just too damn good to pass up. That’s especially true if you love intrigue, politics and of course, death.

Wait a minute, what’s up with death? Well “Death” is the central theme of the game. And it doesn’t make it clear if it means the actual, natural process of expending one’s mortality, or the actual manifestation of death itself (i.e. The Valkyria). Either way, the game sure makes it interesting. 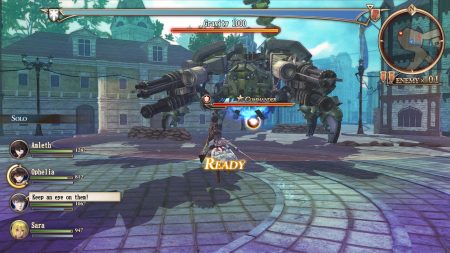 The characters are all very well-written to be honest. I loved how everyone was unique while seemingly totally predictable at first. Everyone embodied a certain gaming trope. There was the loner of a leader and the damsel princess, but getting to know them better, you’d find that actually offer more than they seem. I can’t say anymore, as it would spoil the game, but they’re all written really well.

I would have given this game a horrible score, but the story, music and voice acting has saved it from a totally bad review.

Above average sound and voice acting - 85%

Valkyria Revolution could have been a great game but instead it's just a mediocre play-experience, with an interesting plot and an even more interesting music/voice acting at its core. I don't recommend this one unless you're such a die-hard Valkyria fan. And even then, you'd have to be such a big fan that you'd be willing to swim through a crappy game just to get to the end.