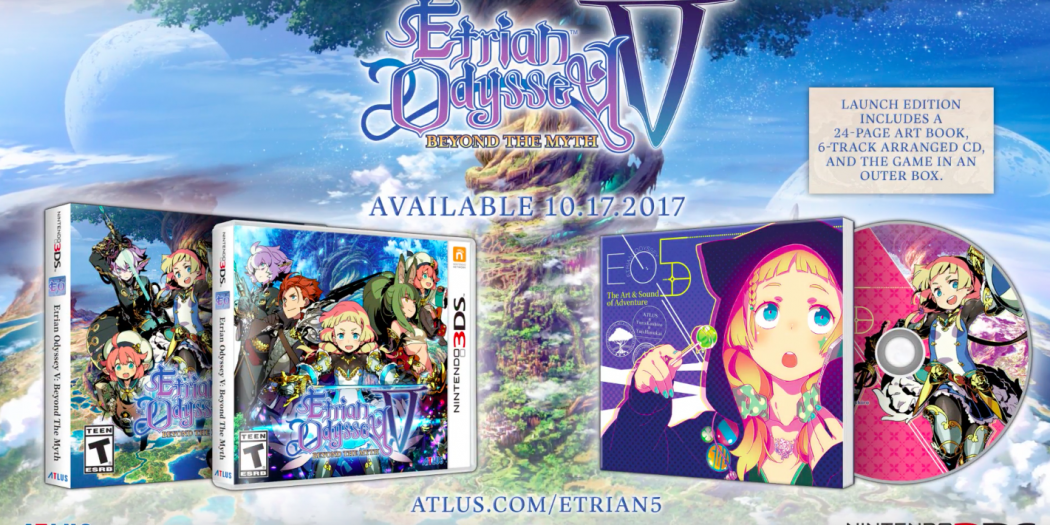 In a post made to Twitter August 10, Atlus U.S.A. revealed that “Etrian Odyssey V: Beyond the Myth” would release on October 17, 2017 for the 3DS. A new trailer outlining the game’s Fencer class was released along with the tweet. The trailer, as well as those for the Warlock and Dragoon classes, can be found below:

Originally released in Japan on August 4, 2016, the story follows a group of adventurers who have travelled to the town of Iorys to challenge the Yggdrasil Labyrinth, making their way to the top of the ancient Yggdrasil Tree. It is said those who reach the top will have their wildest dreams come true, but no one has ever succeeded in this venture.

The game is currently available for preorder with several day one edition bonuses including six tracks from the game’s soundtrack, a 24 page art book and a special outer box cover.

Keenan McCall is a journalist and writer with a passion for animation. From video games to anime, anything that sets art in motion will get him talking and writing nonstop.
Previous Nintendo Download: Flip Over Sonic
Next Marvel Animated Minimates series 6 revealed