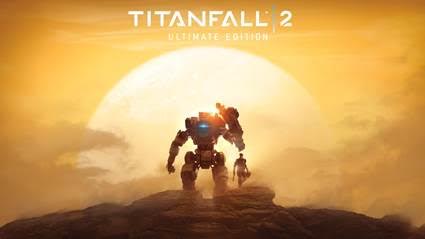 Did you miss out on one of the best shooters of 2016? Well EA has a nice little way to catch up for you with Titanfall 2 Ultimate Edition.

Overlooked is an odd word to use when talking about a game as ‘big’ as EA Titanfall 2. Yet it seems strangely appropriate, considering that the game somehow got a bit lost in the deluge of Holiday 2016.

Personally, I ripped through the campaign, even though it wasn’t the shortest thing. The action is fantastic in TF2, and it’s loaded with cool moments and even cooler combat. After all, you can play most of the game’s campaign in a freaking mech.

As you might imagine, the “Ultimate Edition” tag here means you’l be getting a lot of stuff in the box (or download). And you’d be right. Included is a whole mess of content, including al; of the content from the Deluxe Edition of the game, and “the brand-new Jump Start Pack that unlocks all Titans and Pilot Tacticals, 500 tokens to redeem on loadouts, cosmetics, and gear, ten 2XP tokens, and the Underground R-201 Carbine Warpaint.”

You’ll also get access to all post-launch dlc included here for free, you’ll just need to download it. Not bad at all there EA, not at all.

Jason's been knee deep in videogames since he was but a lad. Cutting his teeth on the pixely glory that was the Atari 2600, he's been hack'n'slashing and shoot'em'uping ever since. Mainly an FPS and action guy, Jason enjoys the occasional well crafted title from every genre.
@jason_tas
Previous Turtles and Ghostbusters to meet for second crossover event
Next Paul Oakenfold to Publish “The Wonderful World of Perfecto”