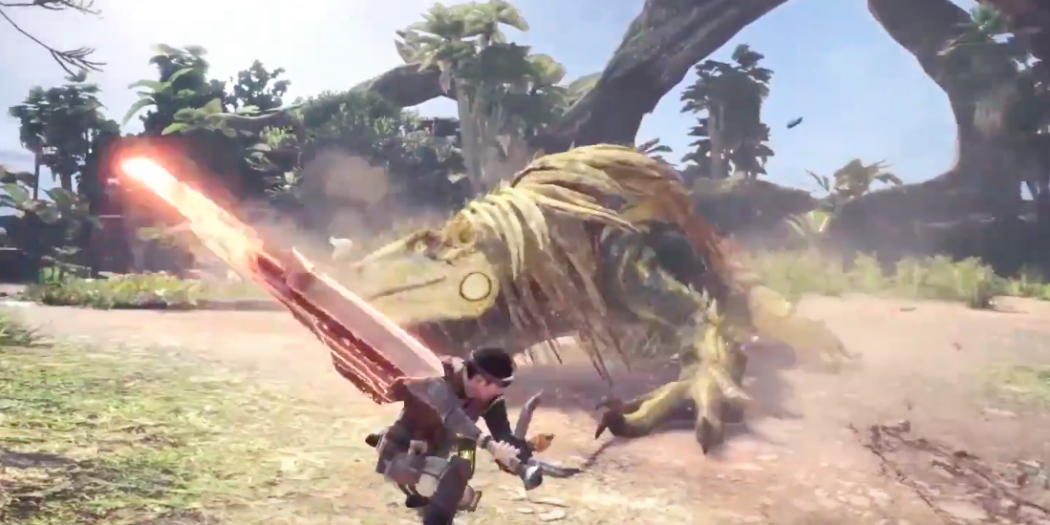 A trio of trailers for the next “Monster Hunter” game gives fans a look at the options they’ll have on the hunt.

Released July 27 by the official Monster Hunter channel, the trailers showcase the different strengths and abilities of light, heavy and technical weapons. Each trailer is narrated with descriptions of each weapon that falls into the broader categories, from a sword and shield all the way up to the Hunter’s Horn.

“Monster Hunter: World” is set for release in early 2018 on Playstation 4 and Xbox One, with a PC version releasing sometime afterward.

The “Monster Hunter” franchise has always been known for its variety in equipment and weapons, so it’s good to see Capcom putting a heavy focus on this with their previews. Hopefully we’ll get a release date for the game soon.

Keenan McCall is a journalist and writer with a passion for animation. From video games to anime, anything that sets art in motion will get him talking and writing nonstop.
Previous New Uncharted: The Lost Legacy gameplay trailer explores the Western Ghats
Next Atari teams with NECA, ties in new Speakerhats with Blade Runner 2049