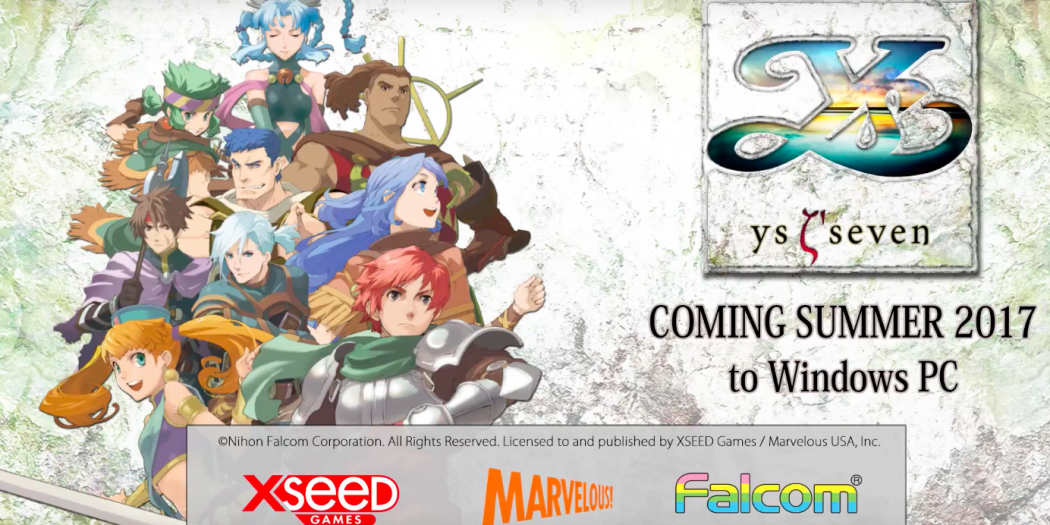 The seventh entry in the “Ys” franchise comes to Windows PC via Steam, GOG and the Humble Store later this year.

Revealed by XSEED in a twitch livestream July 12, the port is an updated localization of the original version released on PSP in 2009 in Japan and 2010 in North America. The company later released a teaser trailer for the game July 17, which can be viewed below.

XSEED also included a description of the new port:

Ys SEVEN was the first fully 3D entry in this storied franchise, the first Ys title to allow players to control multiple characters at once, and also the first title in the series to reach a wide mainstream audience in the West. Though built for the PSP system, it’s finally coming home to PC where it has been upscaled and presented in HD, complete with all the features of a modern PC release. The combat system consists of a three-member battle party with enemies engaged on the field map in real-time for fast-paced combat. Old fans of the series and new players alike will be immersed in its rich, vibrant world containing over 30 hours of gameplay.

Fans can look forward to getting their hands on the game later this summer.

Keenan McCall is a journalist and writer with a passion for animation. From video games to anime, anything that sets art in motion will get him talking and writing nonstop.
Previous I Am A Hero Omnibus #4 (Manga) Review
Next Go deeper into Star Wars: Battlefront II’s story in this new featurette