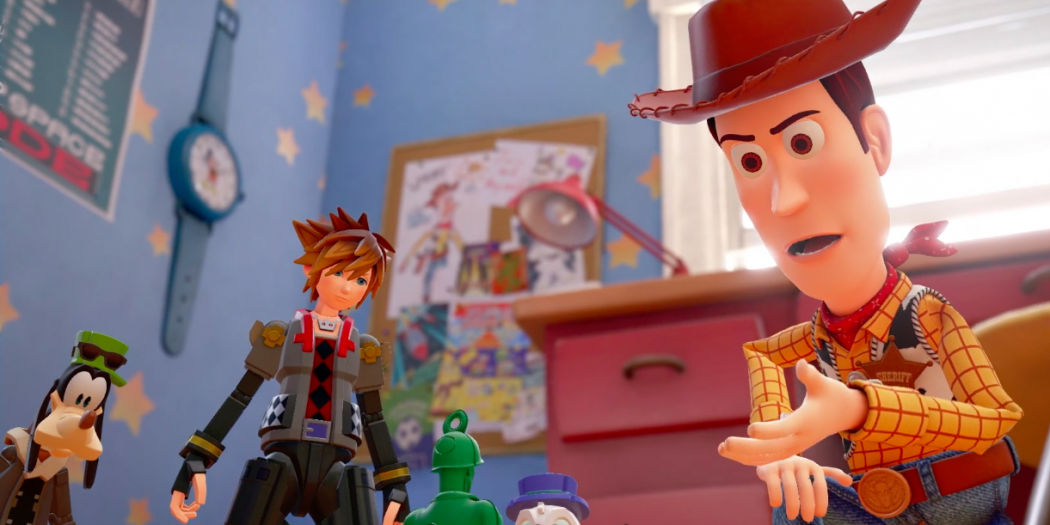 Square Enix unveiled a new gameplay trailer for the highly awaited end to the trilogy at the Disney D23 Expo, along with a new release window.

Streamed on July 15 at the D23 Expo, the trailer showed footage of Sora traversing and fighting through the Olympus world while a cryptic message slid across the screen: “Don’t assume your dreams are just fantasy. If you can imagine a world, believe in it…and dive in.” Afterward, new cutscenes and gameplay footage of the game’s “Toy Story” world were shown, with toy versions of Sora, Donald and Goofy teaming up with Woody and Buzz to battle heartless in locals from the Pixar film trilogy.

The trailer ends by revealing a new release window. Fans can look forward to playing the game in 2018 on PS4 and Xbox One.

There’s finally a release window and the toy versions of the party are downright charming. All in all, worth the wait since Nomura teased the reveal back in June.

Keenan McCall is a journalist and writer with a passion for animation. From video games to anime, anything that sets art in motion will get him talking and writing nonstop.
Previous July 19th Valiant Previews: Secret Weapons, Rapture, and Britannia
Next SDCC 2017: Check out nickelodeon’s exclusives for the Con